All Anxious, All The Time "the nice price"

by The Cheap Cassettes 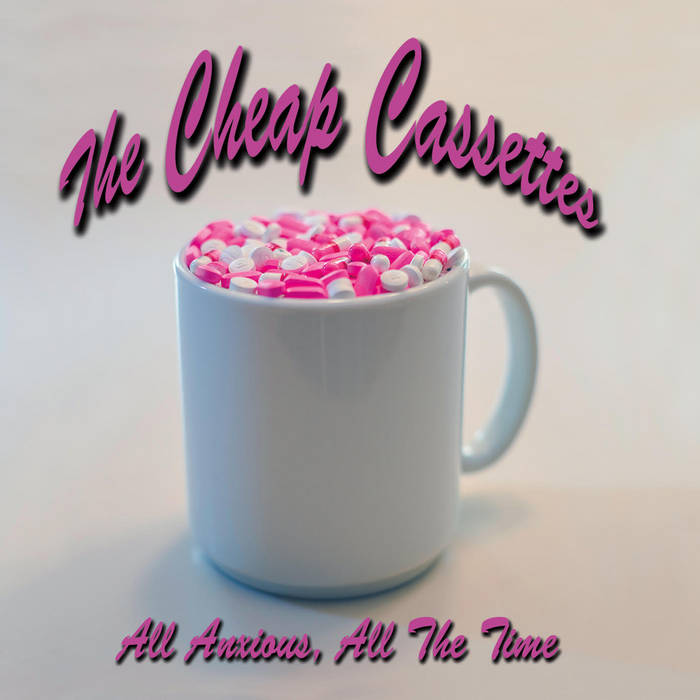 The Cheap Cassettes are a rock and roll band from Seattle. Their three chord rumble encompasses elements of punk, power pop, glam, and classic, timeless mid century rock and roll music. They sound as if their Daddy was Paul Westerberg, their mommy was Ronnie Spector and Chuck Berry was the Doctor that delivered the child.

The CCs formed out of the ashes of another band, Boston's Dimestore Haloes. The Haloes thrived during the mid to late 90's punk explosion, and were very much disciples of the Clash.
After releasing four full length records and multiple singles, as well as sharing stages with the world class elite of underground punk rock, the Haloes called it a day in 2003.

Fast forward to the present day, and two former Dimestore Haloes (Chaz and Kevin) with the addition of fellow Boston to Seattle transplant Mike Isberg on bass have formed a vital new rock and roll band. Recording long distance from several different states from 2011-2015, "All Anxious All the Time" is an album born of a long period of living, writing and recording rock and roll. Finally settling in Seattle in 2014, Chaz and Kevin began playing out on the energetic Seattle underground rock and roll scene. Joining the ranks of like minded power pop/punk rock Pacific Northwest bands like The Exploding Hearts, The Briefs, King Louie’s Missing Monuments, Flop, The Lemons, The Riffs, The Cute Lepers, and Best Kissers In The World.

The Cheap Cassettes play high energy, lo-fi garage pop in the tradition of bands like the Replacements, the Buzzcocks and Cheap Trick. Catch them live in the Pacific Northwest or grab yourself a copy of "All Anxious, All The Time" on Rum Bar Records!