by Nat Freedberg (Frontman of The Upper Crust, The Titanics, Satanics) 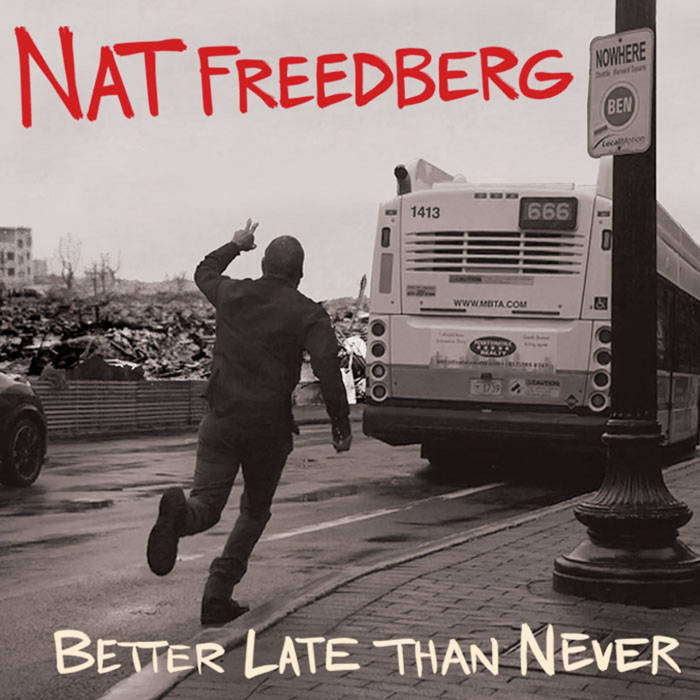 “Another Notch in a long and album filled career.”
– Boston Groupie News

"...a feast for the ears. This mid tempo rock song infused with some soul and gospel in the harmonies does a lot if things right."
- Wono Magazine, review of single "Devil Rockin' Man"

For as long as man has made music, people have suspected that the Devil was somehow responsible for the intense and often unregulated emotions that it inspired.
New evidence suggests that, in fact, he is.
Ladies and Gentlemen, please welcome the Devil Rockin’ Man himself—
Nat Freedberg!

Who is Nat Freedberg, you ask?

Nat Freedberg is a singer, guitar player and songwriter based in Allston (a neighborhood of Boston, formerly known as “Allston Rock City”).

Nat is best known in the Rocque ‘n' Roll community as the front man of the Upper Crust (see the call-out by the Supersuckers on their latest single). He has fronted many legendary Boston-based punk and hard rock projects and now is stepping out into the spotlight on his own.

Nat began his musical career with a trio called the Flies in 1981, moved on to the harder-rock, duel-guitar Titanics in the late ‘80s-early ‘90s (which later morphed into the devil-rock-themed Satanics), and then joined a nautical-themed rock outfit called the Clamdiggers, which in turn spawned the aristocratic-themed Upper Crust in ’95 or so. The Upper Crust survived more than a quarter century and released a bunch of stellar albums, earning Nat a reputation as a talented songwriter who, for whatever reason, preferred to play comedic rock in costume.

Now he has stepped out from behind the wig and makeup and made a solo record, working with some of the finest musicians in Boston (including two-time Grammy winning producer and drummer Ducky Carlisle) to back up original material that is not themed about anything in particular… love songs, sad songs, and songs about the devil—to whom we owe our thanks, not only for this record, but for all music. Hail Satan! The record is called Better Late Than Never.

Made Loud to be Played Loud.

Frayle's Gwyn Strang and Sean Bilovecky join the show to talk about their cathartic new album.