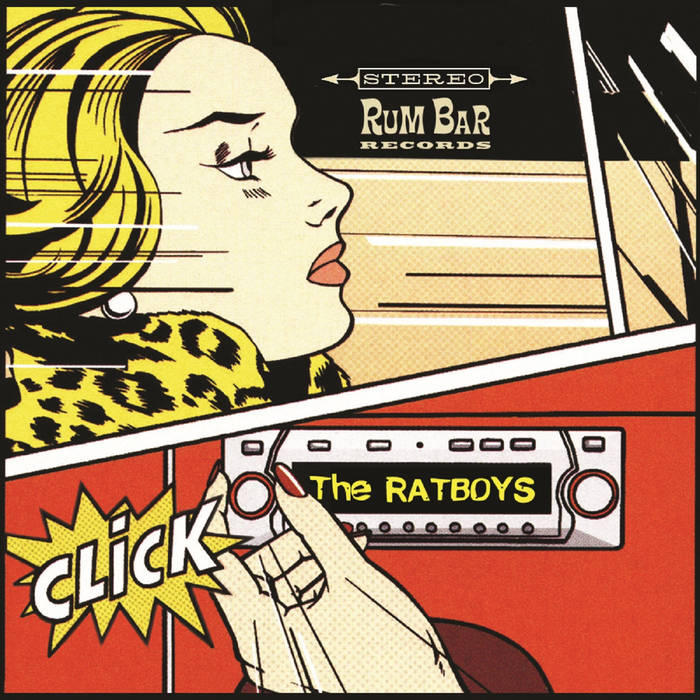 "They are punk rock classicists with a particular fondness for pop hooks and roaring guitars. The influences are obvious, and the whole album is great fun for '77 punk enthusiasts like me. Click, in a word, is a blast." - Faster And Louder

A sonic blast of '77 era Vibrators-Undertones-Motors & Ramones with the sound, look, and style to boot punk rock n' roll is what we're talking about. Sprinkled with glitter, new wave, glam, and sneer, slamming with high heeled boot stomping hooks, licks, and choruses.

'Click' your stereo on, turn up the volume and get ready for The Ratboys sophomore release that'll stick to the back of your brain like an everlasting stick of bubblegum as you hummmm, tap, and sing along to these songs all day.

The story of the RATBOYS goes back to the summer of 2008. Eric St John went with his daughter Deborah to a so called "punk" festival featuring 4 bands. Belgian punk heroes The Kids, Buzzcocks, The Sex Pistols and -his personal favorites of the day- The New York Dolls.

There, in the crowd, he stumbled upon bass player Vincenzo whom he hadn't seen in more than a decade. Probably inspired by the music they had listened to all afternoon, they very quickly discussed the possibility to make some noise together. Soon a drummer -Baba- and a guitar player - Manu Ribot - were found and within a couple of months the four of them had enough material to record what would become their debut full length "Cash, gas and trash" that saw the light of day in early 2010 on Brutarian Records.

Unfortunately, shortly after the release of the album various setbacks occurred, the band soon fell apart and everybody went his own way.

In 2017 Vincenzo and Eric St John decided to reboot the RATBOYS. With little success at first until finally in early 2019 guitar slinger James and new drummer Reno entered the pictures.

Within a couple of weeks the sophomore album "Click" was recorded and, like the first album, it was mixed by the one and only Pierre Vervloesem.

No White Jaguar was harmed during the recording of this album.
- Eric St John

This album was recorded in various places all around the world between March 2019 and July 2019.
Mixed by the one and only Pierre VERVLOESEM
Music and lyrics by Eric St John

Very special thanks to all the people involved in this recording.
You know who you are.