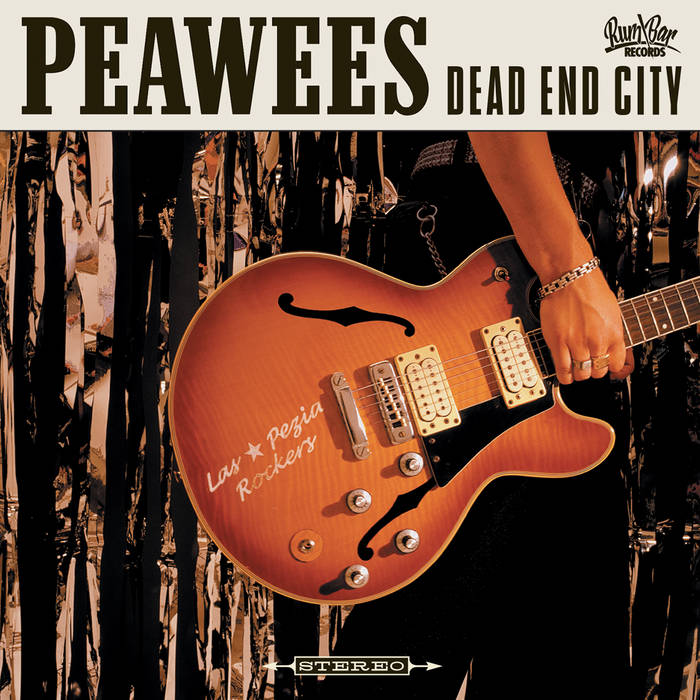 "Dead End City was The Peawees' step into greatness. Over the years, they've only gotten better: refining their musical chops and expanding their sound with the incorporation of garage, soul, and pop influences." - Lord Rutledge, Faster And Louder

Over the past 20 years The Peawees from La Spezia, Italy became a household name in the European rock ‘n’ roll scene, with 5 albums and multiple 45’s under their belt, and having shared the stage with bands like The Sonics, The Dictators, Radio Birdman, The Damned, The Dwarves, and many others.

Started, back in 1995, as a straight forward punk rock band, over the years the sound of The Peawees got richer and richer, influenced by garage rock, rhythm ‘n’ blues and more, but always recognizable as
The Peawees within seconds, not in the last place thanks to their singer Hervé’s warm, soulful voice.

In 2001 the band released their third album, ‘Dead End City’, which is considered a classic by fans all over the world. The album includes their ‘underground hit’ ‘Cause You Don’t Know Me’, which was covered
half a dozen times by bands like Califorian punk rockers the Groovie Ghoulies and Swiss country band The Hero Brothers.

Originally released on LP and CD by Stardumb Records in 2001, the album sold out instantly, as did a 2002 vinyl repressing and a 2003
CD reissue on Ammonia/V2 in Italy. In 2016, Stardumb Records repressed the LP again with 3 bonus tracks on Gold and Black vinyl.
After having been out of print for over 15 years ‘Dead End City’ is
finally available again on CD for the fisrt time in the USA on RUM BAR Records, including 3 bonus tracks!