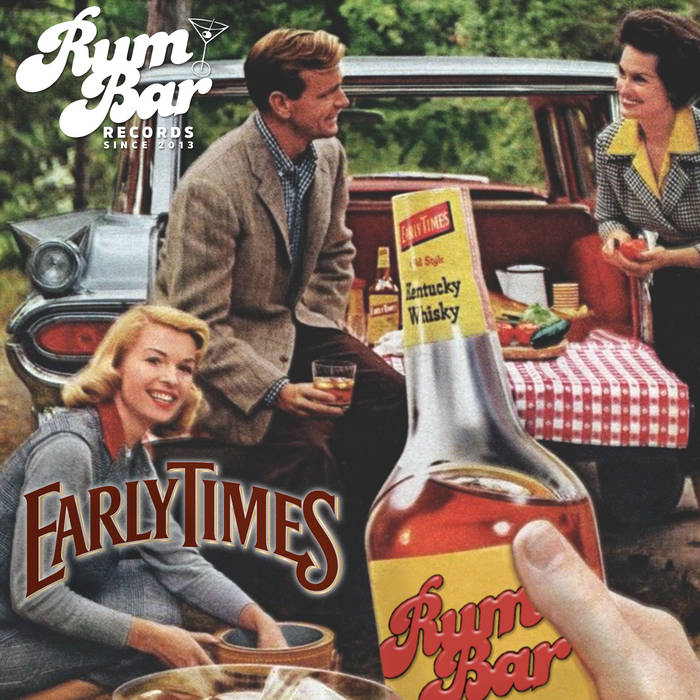 Imagine If DK 🇩🇰 Had Any Great Radio Stations 📻 🎶
Yeah Then This Great CD 💿 Could Be the Songs Of a 2 To 3 Hour Show. Inbetween There Could Be Talked About Punk & Rock'nRoll In Generally, Influences & About These Great Songs.

There Aren't Any Bad Tracks At This Sampler 🙂👍

Three and Half Minutes of Pop

"Early Times" -- A various artists compilation pouring up 27 shots of artists, releases, heart-worn sleeve hits and misses hand picked from the early years of Rum Bar Records, the lost but not forgotten Abbey Lounge Records catalog and the celebrated Melted Records vault. In case you missed these wonderful releases the first, second or third time around, we cordially invite you to kick back, pop open a few and crank this on up past 11'.

"Early Times, the new free digital compilation from Rum Bar Records, is exactly what the title suggests. It compiles tracks from Rum Bar's earlier releases along with songs Malibu Lou released with his previous labels Abbey Lounge Records and Melted Records. In that respect, this is an early history and a pre-history of the best record label out there. And this will be the easiest studying you've ever done: just grab yourself a tasty beverage, hit play, and enjoy 27 premium shots of garage, punk, and underground rock and roll hand-picked by the man himself!" - Faster And Louder

"There’s a lot to hear. Our advice is just to get in there and go at it." - Boston Groupie News

"It Is So Fab-fuckin-tastic 😍 Kindly Lars 🇩🇰 ”

"Music that indeed deserves to be herd. Some have been in rotation for a long time. Thanks for putting them all in one place!" - The Secret Weapon Radio Show, Woody Radio

“ I picture him (Malibu Lou of Rum Bar Records) with a drink in one hand and his phone in the other - constantly fielding calls from the top garage, punk, and power pop bands on the planet.” – Lord Rutledge

Check out the entire Rum Bar Records catalog with plenty of physical product, deep catalog & Bandcamp downloads all at "the nice price": rumbarrecords.bandcamp.com