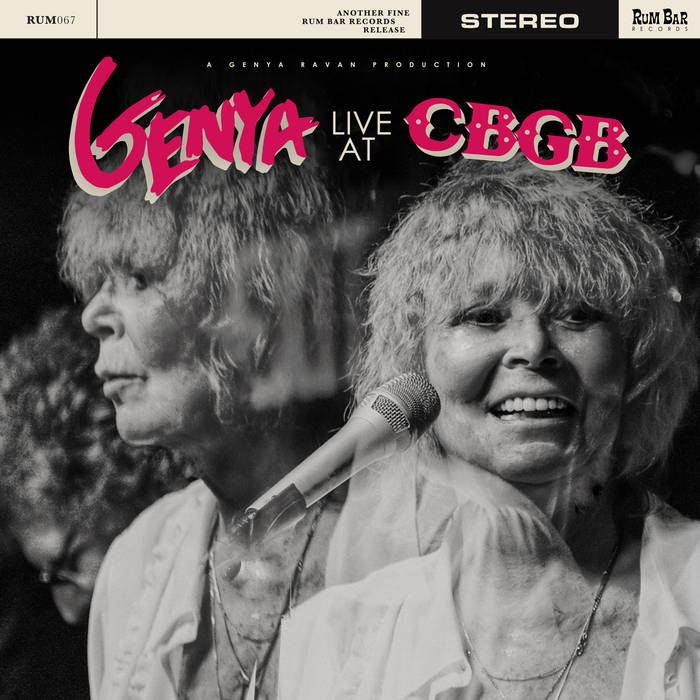 "I had the pleasure of seeing the fiery Genya Ravan sing live in the late great CBGB. I was blown away by her performance and her tight band. Oddly enough, I was reminded of great shows I’ve seen of Thin Lizzy. She’s got that energy and immediacy, a total knockout!”
- Tony Visconti

"Genya has a fine musical pedigree, from fronting bands like The Escorts and Ten Wheel Drive during the Sixties and early Seventies through to producing classic albums by the likes of the Dead Boys and Ronnie Spector. So she knows what rock’n’roll can do and knows how to deliver it. Admittedly, the musical side of this album is very-much based in the early Seventies era, with a Bluesy atmosphere and boogie rhythms, but it’s Genya’s vocals that really hit the spot." - Fear And Loathing

Recorded live in front of a sold out house, Genya Ravan and the Genya Ravan Band returned to the legendary CBGB's in 2005 to give a History Lesson in Rock & Roll 101. What a night it was, the club was a sellout and Genya Ravan rocked it.

Featuring all of Genya's personal favorites along with fan favorites, radio hits, and deep cuts culled from a retrospective history including the albums 'Urban Desire', 'And I Mean It', and the 'Warriors' Soundtrack. Kicking off with the AOR radio smash "Back In My Arms Again", the Genya Ravan Band rages through a set list filled with hard driving rockers "Pedal To The Metal", country stared ballads "The Sweetest One", climatic anthems "Love Is A Fire", street walkin' jammers "Aye Colorado", the smoke-filled piano bar memories "I'm Flying", and girl-group street corner sounds "Jerry's Pigeons". Special Guest appearances from Dave Liebman and Steve Satin, original band members of Ten Wheel Drive on “Eye of the Needle” along with Genya’s drummer of 40 years Bobby Chen keeping the backbeat intact through the entire set, close your eyes and you could envision yourself there.

Re-mastered and released for the first time in hi-definition sounds, Genya Ravan 'Live At CBGB takes you to that place, that time, that moment, the heart, sweat, and tears that were spilled in that club with a band that delivered backing a vocalist, songwriter and band leader that was singing and strutting teaching Mick & Keef a thing or two. A pure rock and roll vocalist with blues, rhythm, and soul, giving you a live experience that you will not forget. Few performers in the music industry today can claim the longevity and respect earned by Genya Ravan.

Big Thanks to:
Lou Mansdorf (Rum Bar Records) for being here for me and other artists
Stana Katic (great Genya in CBGB the Movie)
Little Steven Support
Of course last but least Hilly Krystal

Special thanks to:
Sound Design for their studio, Steve Walter of Cutting Room, Hilly Krystal for years of support, Ginger Bianco, Margo Lewis & Carol MacDonald for the bestest group of all times ‘Goldie and the Gingerbreads’, Blue Oyster Cult for cowbell inspiration.

This CD is dedicated to my sister Helen and Danny ‘Cat Man’ Stiles for being the best DJ when I was a kid learning english. You gave me soul.