In The Light Of A New Day 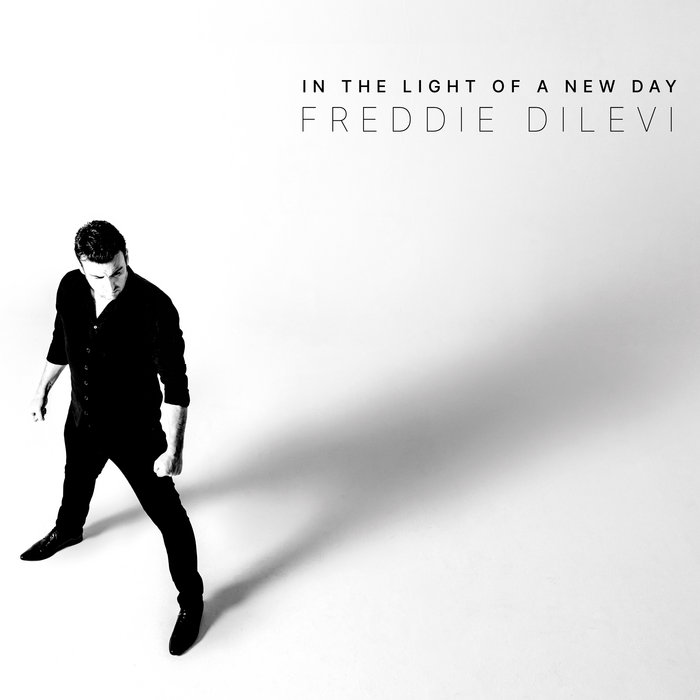 "He certainly knows how and when to use the instrument that is his voice. I'm looking forward to the entire album." - Bill Kelly's Blackhole Bandstand, LSUG

"BELIEVE EVERYTHING YOU'VE HEARD! This dude has one of the best voices in all modern music!" - The Switchblade New Wave

"The Light Of A New Day is. The album is close to a sensation. From the very first song Freddie Dilevi starts to rock out like there's no tomorrow. Guitar, bass, drums is all it takes here." - WoNo Blog

"So you know Rum Bar, they lead you along, they drop a song or two or three, and you’re hungry for the whole album. That’s was situation with Freddie Dilevi. It was especially cruel of them because you want only more of Freddie Dilevi, one song is never enough. Now, here we are with a whole new album called In the Light of a New Day. Ten songs with that amazing expansive voice, it evokes big panoramas and bigger emotions." - Boston Groupie News

"I liked Blue Hotel" and "Damned Love". I'm expecting to hear more of the same when the album drops. An album like this is difficult to choose tracks from because they're all good so far." - Bill Kelly

Freddie Dilevi is one of the greatest exponents of punk-rock and roll in Spain.

Known for his dominant voice that evokes artists like Roy Orbison, Chris Isaak or Dave Vanian, his style is a mixture of punk rock sounds with a melodic, powerful and sometimes dark voice that fills Freddie Dilevi style with personality.

In 2021, Freddie Dilevi presents his 2nd full-length studio work, entitled "In the light of a new day", which includes 10 new songs, all of his own composition except for a version of the classic "Blue Hotel" by Chris Isaak.

The stylistic references evidenced in his previous work are still present in this new work in songs such as "Lies", "Damned love" or "Cross the line", which revolve around stories of heartbreak.

However, all the songs have been endowed with a more epic tone, a darker tone, and with a more introspective and melancholic theme, where reflections on unhappiness ("Who you really are", "Sad" or the acoustics "Misery"), the passage of time and its consequences ("A place for us") and, of course, also songs of hope ("In the light of a new day"). An outstanding exercise of poetic quality, embodied in stories and feelings of enormous realism and sincerity.

And as a culmination, the magnificent "Blue Hotel", in which, maintaining fidelity to the original, Freddie competes face to face with the interpretation of Chris Isaak, demonstrating all the nuances and power of his extraordinary voice.

Thanks to additional musicians:
Daniel Losada: Guitar arrangements and solos on tracks 1, 4, 5, 7 and 9
Abbi Fernandez: Backing vocals on tracks 2, 7 and 10
Jesus Chavez: Keyboard arrangements on tracks 6, 8 and 9

Dedicated to the immortal spirit of Agustin Martinez "Gabu"