It's About Time (Remastered Edition) "the nice price"

by The Real Impossibles 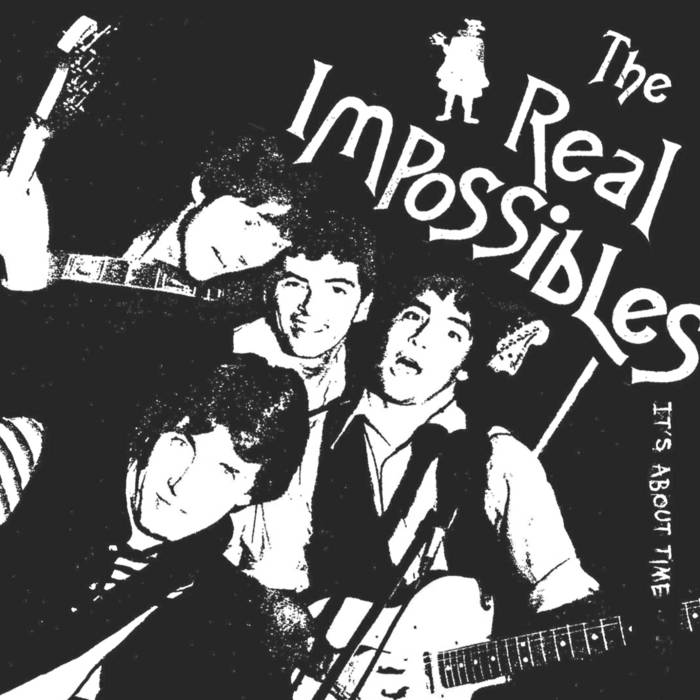 brunogio Takes me back to my youth. Great songs and great hooks done masterfully.

80's California!! Valley Girl, Fast Times at Ridgemont High, movies like these were not just important but their soundtracks were equally as important for this time in Alternative Garage Rock. Bands like The Plimsouls, The Knack, Dramarama, The Romantics, Lone Justice, and The dBs to name a few made their mark on the radio airwaves of this time on stations like KROQ LA and WLIR Long Island, VeeJays on MTV like Martha Quinn heralded these bands. Yet there may had possibly been one band missed or accidentally overlooked when it came to this incredible underbelly of Alt Garage Rock New Wave and Punk and that band is THE REAL IMPOSSIBLES.

By Marc Platt:
The band was formed in late 1983 after I had released my 5-song EP “Get The Big Picture” under the name The Real Impossibles. The record received some local airplay in Los Angeles on stations like KROQ and KXLU and stations in the United Kingdom, France and Germany. It also got some notable written reviews in the Los Angeles Herald Examiner by Mikal Gilmore, Bam Magazine and several European outlets, but I didn’t have a live band to compliment the record.

The first line-up with bass player Probyn Gregory, drummer Kelly Fair, lead guitar player Robbie MacDonald went on a five-year DIY journey releasing a single and band 4-song EP. We were fortunate to work with a lot of great LA musicians like Peter Case, Darien Sahanaja and the late Nick Walusko in the studio at times. It was a fun ride.

This compilation features many of the released tracks, as well as the tracks that never saw a proper release until Zero Hour Records released their Australian compilation in 2014.

The band went through a few line-up changes throughout the run. Bass player Steve Kobashiawa joined in October 1985 and remained until we split up in November, 1988. Other past members included former Motels drummer Brian Glasscock, drummer Jim Hammers, drummer David Synwolt and his brother Jeff Synwolt played bass, as well.

For this release in the USA and worldwide, we have remastered the old recordings and they really sound fresh. “Here and Now” is the one track I included from “Get The Big Picture.” The fist band single “Burned/Cherry Cherry” single kicks off the record. These two songs really exemplify the raw and energetic live sound the band was known for. Steve Kobashigawa’s “Talkin’ Bout You“ & “All Over This World” are two songs that never saw proper releases on our original releases, but really sparkle on this compilation.

The version of Kobashigawa’s “Something to Learn” on this compilation is actually a later version and not the one on “4 X 4.” “4 X 4” was our EP produced by former Plimsoul’s front man Peter Case. “Against the Grain” and “Firing Line” are the original versions from that record.
The lead song from “4 X 4” “Turn My World” was produced by Rey Faubert at Baby O Studios in Hollywood.

Other Baby O recordings include “Is It Love” “Won’t Let You Down” and the aforementioned “All Over This World.” There are other tracks of note not released on our original releases, but are deserving to be included. Peter Case produced “With a Girl” and “Guess You Feel It Too,” a track he lends vocals and a blistering blues harp throughout the track.