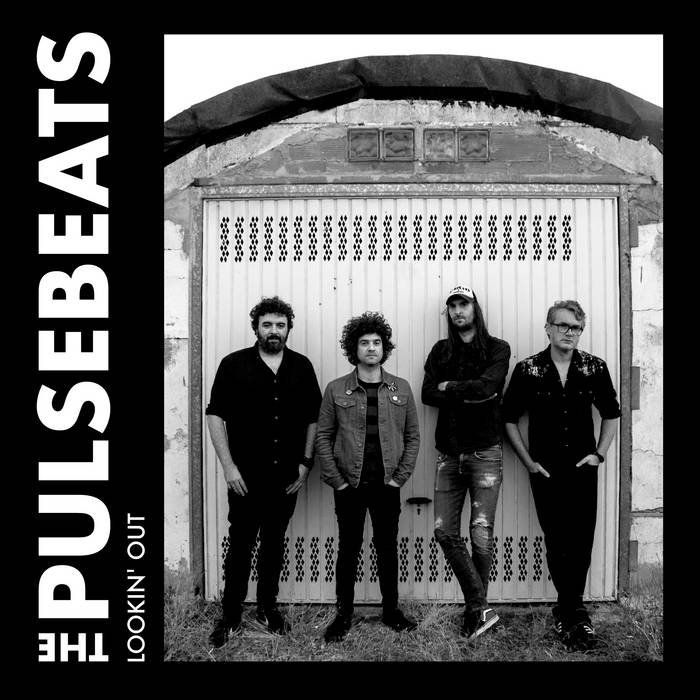 "Punk pop is inherently a limited form musically – hooks + energy = a raucous good time (hopefully), and there aren’t many other elements you can add that don’t compromise the aesthetic. For a band to elevate itself above its peers, it has to have one main thing: excellent songs. With a keen sense of melody and ambition to write about subjects beyond cars, girls and rock & roll, Santander, Spain’s Pulsebeats are on their way to that milestone with Lookin’ Out." - Big Takeover

"If you like punkrock with rock and roll, powerpop and garage rock elements infused in all the right places, look no further, as The Pulsebeats offer it all and then a little extra for good measure." - WoNo Blog

“THIS is the ‘Reason To Believe’ that Punk Rock n’ Roll is more alive than ever! An amazing blast from the past, present and future!” - The Secret Weapon Radio

"If you like fast-paced punk rock with lots of melody and plenty to say lyrically, this album ought to be on your radar." - Lord Rutledge

"The 4 guys who pose proudly (and they are right to be proud of this record) practice a rhythmic, joyful and lively Power Pop! 13 solid and happy songs, normal when you name one "(She Sings Like) Joey Ramone"!" - Voix de Garage Grenoble

"The quartet does a brilliant job of not only uniting energy with punk-rock ( which can sometimes be a difficult task ) but bringing a rockabilly feel to the songs." - Peek A Boo Magazine

"On these 13 tracks, The Pulsebeats combine the influences of '77 punk, power pop, and straight-up rock and roll to form a sound that is both familiar and unique." - Faster And Louder

"Lookin’ Out is a record full of playful homages and brilliant storytelling that’ll take you back to the halcyon days of punk rock." - Louder Than War

"Fantastic, "(She Sings Like) Joey Ramone charges out of the gate and doesn't let up. Really looking forward to the full length by The Pulsebeats !!" - Skybar Rising, WMFO

"Parts Old School 77 Punk, Parts 80's Power Pop and a SHIT TON of modern energy! I can't really put a major comparision on this band because they just basically sound like themselves! One of the best compliments I can give a band in 2021!" - King Ralph, The Switchblade New Wave

"We are suckers for a punk song that's about the Ramones! That’s what we got with “(She Sings Like) Joey Ramone” from Rum Bar’s group The Pulsebeats. The song speeds along with momentum to spare and the chorus has a nice sing-along lilt to it." - Boston Groupie News

"This is a banger of a record! It’s vaguely Ramones-core, but way better than that genre implies. The Pulsebeats incorporate elements of garage, pop punk, and power pop into their songs, injecting them with tons of energy and enthusiasm. It’s infectious, too, because these songs are going to make you want to jump around like a mad person. While most of the songs have a strong pop influence, “(She Sings Like) Joey Ramone has elements of Naked Raygun’s sound, a big Chicago punk rock feel and vocals reminiscent of Jeff Pezzati in his prime. I love the strong driving beat of “Reason To Believe,” which reminds me a bit of Jeff Burke bands like Marked Men and Radioactivity. Imagine taking The Buzzcocks, speeding things up, adding even more energy, and you’ll have an idea of how good this new LP from The Pulsebeats is." - Paul Silver, Jersey Beat

A few years may have passed since The Pulsebeats put out their last record, but, with no less than six records released with various bands since then, the guys have not let up. Now they’re back...and with their best album to date!

The world fucked up and locked down just as they were about to head into their rehearsal space on the northern Spanish coast to self- produce their third album and, when lockdown lifted last summer, they wasted no time in getting the thirteen songs that make up the record down. “This time we wanted to have a go at doing as much as we could ourselves.” says singer and principal lyricist Nathan Whittle. “We wanted the challenge and also the space and time to be able to really focus on the sound of the album. The live tracks for the album were done in one day and then we had time to go back and really work on it and flesh out the tunes.”

Lookin’ Out, if you had to put a loose concept to it, is just that; the idea that we need to break from the individualised world where we refuse to look out and listen, reflect on what’s actually happening to us as a society. The desires and rages of the individual clash against the needs of the collective as we are manipulated from above. Lead single, (She Sings Like) Joey Ramone focuses on the idea of adulation, a fixation on and recreation of another self to the point that the individual is consumed and becomes another idol themselves. Life As A Movie picks up on the idea, the escapism that comes with living another imagined life in our own minds, replaying scenarios, editing and recutting.

A better life reimagined online, keyboard warriors battling with caps lock firmly on, the inability to look beyond our own biases. The themes crop up throughout the album in songs like Burn The Guy, 241259, Cover Girl, In The Picture and Hot Glue It! Elsewhere the band set their sights on escape. And through it all they set the topics to their individual blend of punk- garage. Lashing their songs with the energy and drive that they bring to their live shows, Lookin’ Out is a statement of reassertion.

The Pulsebeats are back with a blast!