by Tom Baker and the Snakes 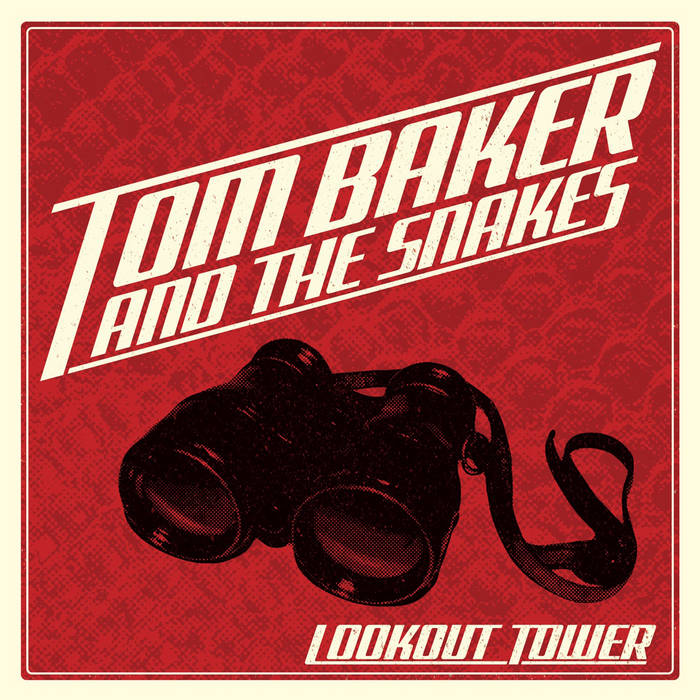 There was an afternoon once when you were laying on your bed staring at the Creem and Hit Parader rock star posters on your wall. You were listening to your new favorite record; the one you’d picked up at Crazy Eddie and then ran home to play on your Dad’s old turntable that you’ve snagged for your own. Maybe it’s Saturday, and you’re heading out with friends in an hour or so.

You can’t quite place the band in this memory, but there were elements of the Stones in there; echoes of Tom Petty and the Heartbreakers. It had the snarl and the slide of the Replacements; but then again, raised a pint to Steve Marriott. It reminded you of college -- were you in college yet? -- and the lonesome sounds of the Connells and Superchunk and Kevin Salem.

Sit up, kick aside the empty beer cans on the floor, and flip the record. Discover that it’s Tom Baker and the Snakes.

“Lookout Tower”, the latest from Baker and the Snakes, is an undeniable album of red, white, and blue rock and roll. Songs like “Bad Change”, “Waitin’ For Nuthin’”, and the thundering lead single “Make it Hurt” are straight up Rock and Roll 101 -- the basics; the way it was meant to be.

The Stanley Cup-winning “Doll Eyes”, along with “Needle in the Red” will have you pushing rewind over and over -- but the good news is that this isn’t a cassette and you can’t wear it out the way you used to. "Satisfied Fool" grooves -- just listen to those three (three?!?!) guitars -- they sing.

Here it is: kick back and play loud.

Mastered by Danny the K.