by Muck and the Mires 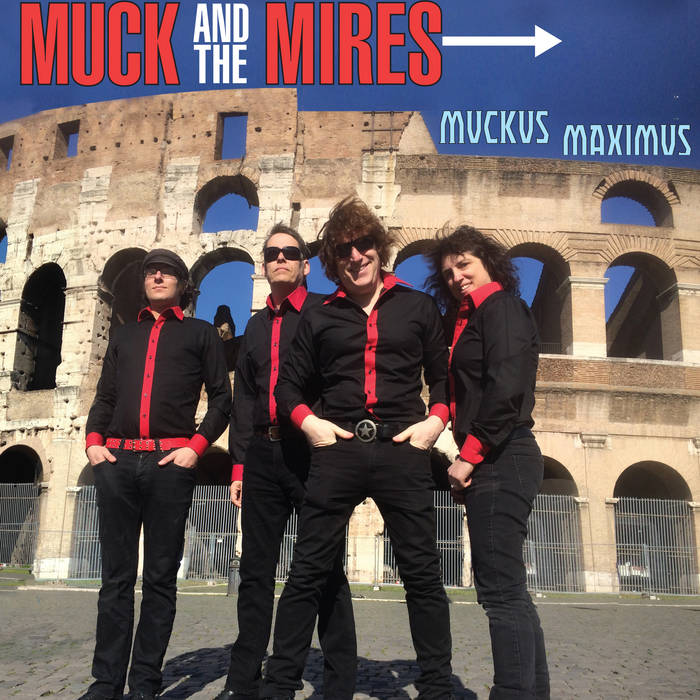 "Muck and the Mires' #Lonliness with it's ripping riffs & sing along feel bad chorus is all anyone could ever want for an end of #summer single." - Rocker Magazine

"The local garage rock titans celebrate the release of the aptly titled “Muckus Maximus.” Raise a glass to the band that knows how to “Twist & Shout” and “Blitzkrieg Bop.”" - Jed Gottlieb

MUCK AND THE MIRES, Boston's International ambassadors of garage rock 'n' roll, have been described as a blend of the 1964 Beatles and the 1977 Ramones. Their songs are reminiscent of the 1960's British Invasion, all two minutes long and ALL POTENTIAL HITS! Their live show is a high energy blast of fast-paced, post-punk gritty garage rock and roll. They have built a worldwide following through relentless touring, radio and satellite airplay and a string of recordings, produced by Kim Fowley and Jim Diamond, considered by many to be cult classics.

The band gained worldwide recognition when they were featured on MTV as the winners of Little Steven Van Zandt's (E-Street Band/Underground Garage) national battle of the garage bands contest. The band has performed coast-to-coast in the USA, UK, EU, South America, Canada & Japan. Sharing bills with many of their heroes including The Sonics, NY Dolls, Ray Davies (THE KINKS), Flamin' Groovies, The Stooges, The Supersuckers, Southern Culture On The Skids, The Woggles, The Fadeaways (Japan), Paul Collins Beat, The Fleshtones, The Remains, and Pete Best.

Muckus Maximus is the latest chapter in the Muck and the Mires song book. Recorded, Mixed and Mastered by the legendary Jim Diamond.

Layout and Design by Evan Shore