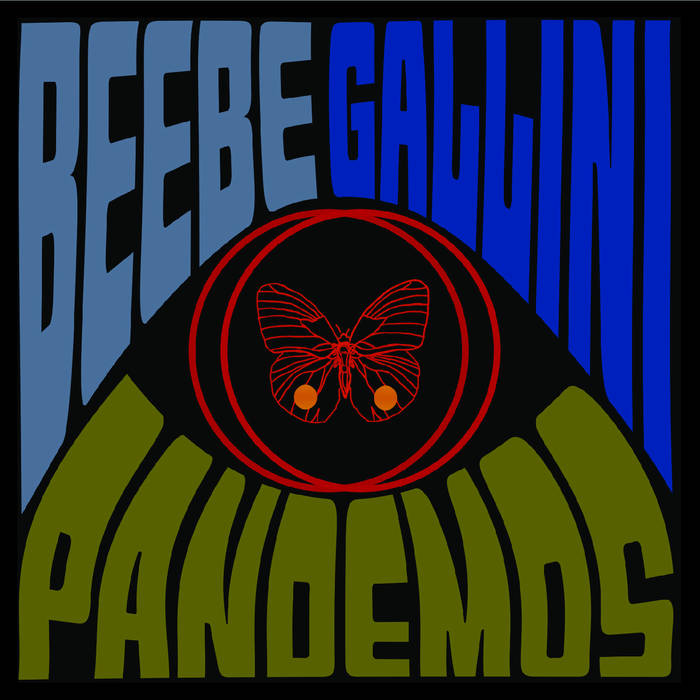 "Beebe Gallini, at least for me, evoke the spirit of the Chubbies, but gone garage-y, with a wee bit of rhythm and blues folded into the stew, and played in a rather crisp and restrained manner. Were it twenty years earlier, I would see this fitting well into the Estrus Records stable." – Razorcake

"The main players have been around for decades, and it shows in the easy confidence of these rockin’ originals (and some tasty nuggets covered). Power pop straight out of the garage (albeit must be a well heated one in those environs), replete with riffs, harmonies, and boppin’ beats a-plenty." - Maximum Rock n' Roll

"Somewhere in between The Pandoras and The Muffs (the formers grasp of surf and girl bands, the latters raw garage sounds and vintage punk rock) this is a band that just does it just right. Great melodies, insistent harmonies, guitars fuzzed-out with the dirtiest sound ever… what more could you want?" - Fear And Loathing Zine

"I know what you’re thinking. ‘Izzy‘ going to play it or ‘Izzn’t’ he? I’ll be ‘Busy’ for sure playing this little stomper cranked up to at least 11! " - “Boris” Boden aka The Secret Weapon on Woody Radio

"Beebe Gallini has its own personality, with beautiful Sixties touches especially in the vocal harmonies, some hints of 50's R'n'R, and classy and subtle two-guitar licks which are a delight for the ears!" - Voix De Garage Grenoble

"In an old episode of The Brady Bunch, Beebe Gallini is a hard to please client of Mike’s who knows what she wants. Namely, FUN. With Pandemos, Beebe Gallini (the band, that is) give us 13 tracks of rip roarin’ fun – loud, a little rough around the edges and exhilarating." - Richard Rossi, Power Pop News

"Showcasing a garage rock ‘n’ roll vibe that would fit seamlessly alongside some of the greats of the ’50s and ’60s without feeling too decadent or out of place." - Uber Rock

"So this album just dropped today and I knew it was gonna be awesome but I didn't see this coming! To all my friends that don't usually listen to "Underground" music give this a listen - I think you'll be impressed!" - Ralph J Rivera

"Sweet and dirty, rough and nice are some words describing the band's debut album quite accurately." - WoNo Blog

"The old joke about a singer being so good that you would listen to them "sing the phone book" certainly applies to Miss Georgia Peach. But luckily, there was already an album's worth of material in the can. I can't imagine how big that Twin Cities phone book must be. It would probably take a box set to get all of that down on tape. Pandemos is a royal treat for fans of garage rock and rock and roll in general. All the kids are telling me that these tunes have a good beat and you can dance to 'em." - Faster And Louder

"Take a listen to “My Way of Thinking”. It sounds like an old Paul Revere and the Raiders song, yet rawer. The singing in the chorus is distinctive and the guitar solo is ripping." - Boston Groupie News

"If "Dusty" is any indication, Pandemos is gonna be one of 2021's must-hear albums! On this track, the band tears into some great high energy rock and roll with a pop sensibility." - Faster And Louder

"By combining new material and old classics they aim to pull in listeners from far and wide." - Real Gone

Beebe Gallini wants you to get down to garage standards, should-have-been hits, and all new classics. Bring your dancing shoes as we beg, borrow and steal our way into your hearts!

1.) Pandemos: The first full length album by Beebe Gallini, made up of demos during the current pandemic.

2.) Aphrodite Pandemos (Ancient Greek: Πάνδημος, romanized: Pándēmos; "common to all the people") occurs as an epithet of the Greek goddess Aphrodite. This epithet can be interpreted in different ways. Plato and Pausanias describe Aphrodite Pandemos (Venus vulgivaga or popularis) as the goddess of sensual pleasures, in opposition to Aphrodite Urania, or "the heavenly Aphrodite".[1] At Elis, she was represented as riding on a ram by Scopas.[2]
Another interpretation is that of Aphrodite uniting all the inhabitants of a country into one social or political body. In this respect she was worshipped at Athens along with Peitho (persuasion), and her worship was said to have been instituted by Theseus at the time when he united the scattered townships into one great body of citizens.

3.) Pandemos is a monotypic genus of butterflies in the family Roindinae.