Play It Cool (out of print) 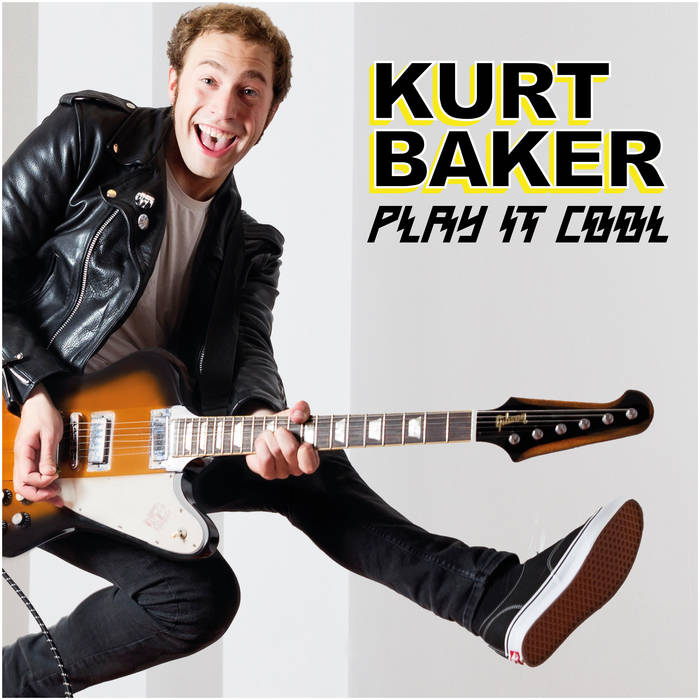 Freddie French-Pounce Kurt once again smashes it out of the part with a more than worthy successor to 2013's Brand New Beat, meshing uptempo rockers with a smattering of ballads, Play It Cool is great Power Pop from front to back. Download this now. Favorite track: Back For Good.

Power pop fans, rejoice! Play It Cool, the third solo album from Kurt Baker, is the long-anticipated follow-up to 2012's much-beloved Brand New Beat. It arrives on the heels of last year's Brand New B-Sides compilation (Baker's first release on Rum Bar Records). Baker has been one of the hardest-working men in rock n' roll in recent years - releasing new music with his bands The New Trocaderos & Bullet Proof Lovers, playing bass for Kris Rodgers & The Dirty Gems, and writing the song "He's A Drag" for The Dahlmanns. Like Brand New Beat, Play It Cool was produced and co-written by Baker's frequent collaborator Wyatt Funderburk (Second Saturday, Explorers Club). The album was written while Baker was living in the center of Madrid, Spain. He and Funderburk sent ideas back and forth between Madrid and Nashville. Baker then demoed the songs in his flat. Recorded with an all-star cast of supporting players (Geoff Palmer and Kris Rodgers from The Connection, Adam Cargin from Screeching Weasel), Play It Cool has proven well worth the wait...and then some!

Play It Cool is exactly what you'd expect from Kurt Baker - 12 perfect shots of power poppin' rock n' roll that would be all over the radio in an ideal world. Think massive hooks and well-crafted songs in the tradition of '70s/'80s pop-rock. While stylistically similar to Brand New Beat, this album is by no means a copy of its predecessor. The sound is bigger and more "live" - capturing the energy and fun of an actual Kurt Baker concert. And the influences are wider, ranging from DMZ to Huey Lewis to Adventures of Jet to Eric Carmen. Running the gamut from jangly McCartney-esque pop ("Talk Is Talk") to full-throttle rockers ("Doin' It Right") to romantic slow-dance anthems ("Back For Good") to "classic" K.B. power pop ("I Got You"), this is Baker's strongest and most varied collection of songs to date. It's sure to land on the year-end top ten lists of countless power pop fans. CD is due out October 5th on Rum Bar with additional releases on Collectors Club Records (digital, 9/25) and Jolly Ronnie Records (vinyl, November).

Drums recorded and engineered by Landon Arkens at The Blast House (Madison, WI)

Special Thanks to all our amazing families, friends, fellow rockers, Kip Brown, Josh Malia, Todd Patton, Craig Sala, Will Broadbent, Drew Brown, Malibu Lou, Ryan and Maria Minter, Juancho Lopez, Little Steven, Dennis and everyone at the Underground Garage, and everybody that has helped us out throughout the years. There are many of you and we love you very much!