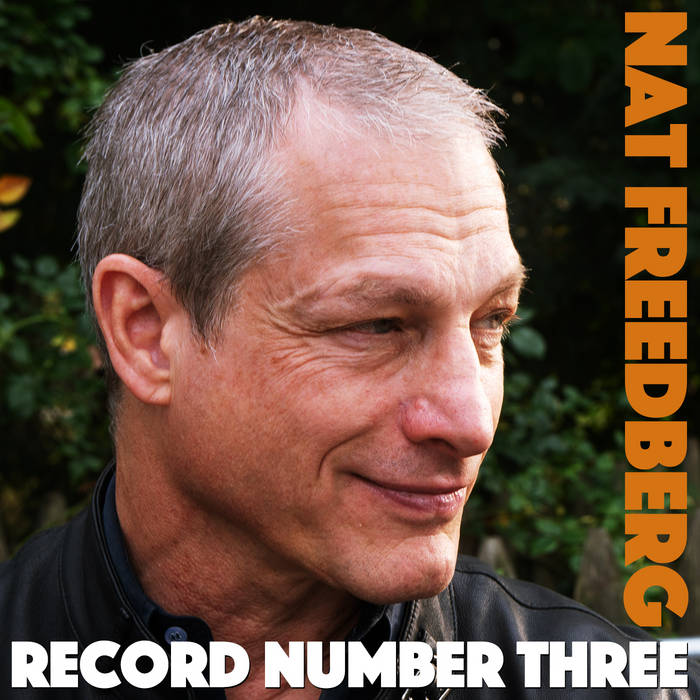 medford-jim Just started to listen to this - was grabbed in Track 1 (Ain't Nothin' Sacred No More) by the Bo Diddley beat!

"Channelling Sixties pop and psychedelia with occasional hints of hard rock, blues and country, the important things here are the songs which all maintain very high standards. Nats’ vocals are instantly recognisable and have the kind of delivery that demands your attention." - Fear And Loathing

"Freedberg’s voice is easy to like as it has real character." - Power Pop News

"Always a champion of a natural sound, his best works have a very old spirit." - Real Gone

"It is a delight to hear Freedberg express himself and place his various skills on display." - Jersey Beat

Whether channeling psychedelic rock, guitar-driven blues, or traditional country ballads, everything Nat Freedberg does is about discovering the essence of the song. With Record Number Three, Freedberg and Grammy-winning producer Ducky Carlisle have crafted an auditory journey that, despite its genre-bending, resonates with a cohesive voice and vision.

Following the dissolution of The Upper Crust in late 2017, it wasn’t long before Freedberg was back in the studio with a batch of songs that departed from the hard-rock format of the Crust. Chris Cote (Upper Crust bassist) put him in touch with producer and drummer Carlisle; and together with bassist Marc Hickox and with cameos from some of Boston's best players, they recorded the 12-song Better Late Than Never. Before the dust from those sessions had even settled, Freedberg brought his old co-conspirator Jim Janota (drummer, Upper Crust) back into Carlisle’s Ice Station Zebra studio, along with guitarist Charles Hansen and bassist Jim Haggerty, and slammed out the 10-song guitar-rocker Freeloader: The Path of Least Resistance, released in July of the same year.

That made two records released in a five-month span, but still the songs kept coming at an alarming clip. Freedberg found himself working around the clock, writing lyrics, welding verses to choruses, hammering together arrangements, recording and mixing.

The result is his third album in one year: Record Number Three.

There are flavors of old-school soul, blues shouts, traditional country ballads and psychedelic rock that weave through this record, but it is held together by three elements that run throughout: first-class songwriting with memorable lyrical and instrumental hooks, great playing across the board, and a voice that is truly original. It's worth listening to the music, and it's worth listening to the words.