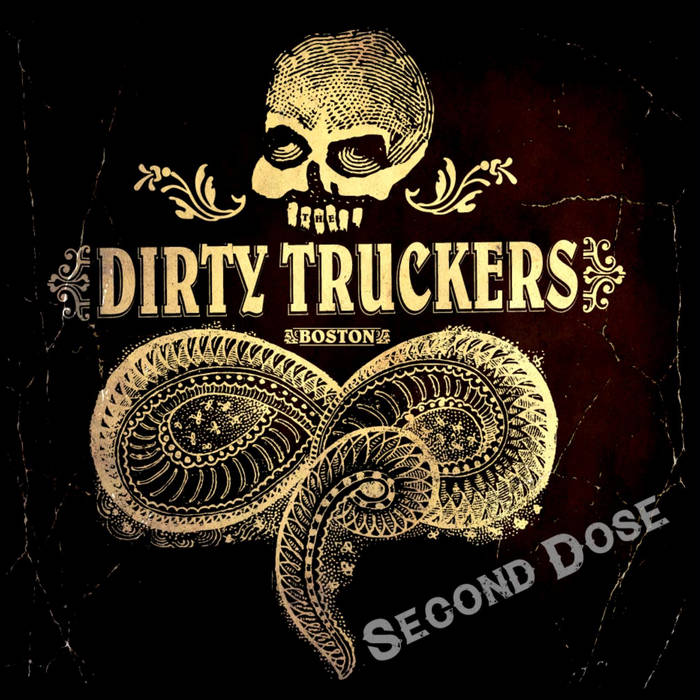 "“….Dose” is 31 minutes of the best punk tinged Americana you will ever hear." - Maximum Volume Music

"If you ever wondered what the house band at Merlotte’s Bar in True Blood would sound like, then pop this on your stereo, grab some beers and have a good time." - The Soul of a Clown

"You can call this alt-country or Americana if you want. But unlike some of the stuff that gets labeled in such a way, this is real rock and roll!" - Faster And Louder

"The ultimate rock band of our time; hard, reckless, constantly flying out of the corner. They are the reincarnation of The Replacements and The Faces with a dose of Rolling Stones, Creedence Clearwater Revival and Steve Earle." - Robbie Klanderman, the Floridian Cowboy

"There are true believers in the world. Men and women who play the same chord that slapped them awake on first contact, each note sounding like it was meant to bounce off garage walls. The Dirty Truckers are the torchbearers as they hammer out the joy of that initial moment with drums, bass, and guitar turned up to 11 on their recent release, Second Dose." - The Alternate Root

"When you read the names like Tom Baker and Tad Overbaugh and they’re on a record released on Rum Bar Records you know it’s going to be something special and most likely kick some serious Rock and Roll rear end." - RPM Online

"In a world where watered down rock ‘n’ roll is lauded, this Boston ensemble kicks Americana infused sand in the face of such blandness. This is the real fucking deal." - Mass Movement

"There can't be anything sweeter than a band just kicking up a shitstorm of rock and roll music with strong hooks and melodies and a whole lot of energy and attitude that all adds up to a damn good time." - Uber Rock

"A primer on how to turbocharge the legacy of folk, country and early rock." - Blurt

"Old-school shot-and-a-beer blasters teeming with equal parts raunch, riffs, and romance - raggedly right tunes about looking for love in all the wrong places, and living another day to do it again. I know it's only rock 'n' roll. But I like it, like it, yes I do."
- Jonathan Perry, Boston Globe

The Dirty Truckers got together back in 1999 when song writer Tom Baker chose to pursue a decidedly American rock n' roots direction. Drawing on kick-ass influences such as Cheap Trick, Steve Earle, and The Replacements, the Dirty Truckers rock hard and have a good time doing it. Landing somewhere between Lucero and the Faces, Second Dose is a cross-cutting mix of straightup rockers, garage-punk covers, and soul searching ballads. This is the next chapter in the bands cross-country rock odyssey, proving that The Dirty Truckers are still true originals.