Some Freaks Of Atavism 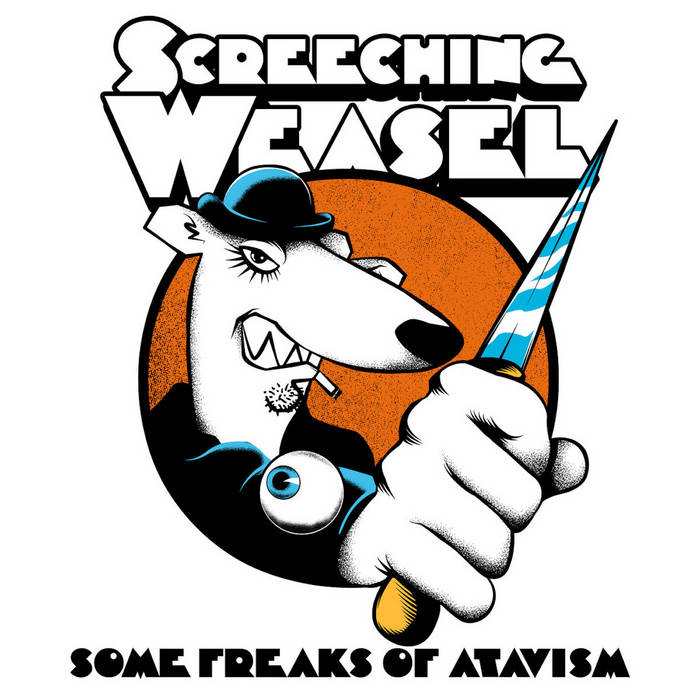 "The latest album from Ben Weasel and co. is a masterclass in pure and unadulterated punk-pop and their best album in some time. Some Freaks Of Atavism is a welcome return from a band and songwriter that are hitting incredible form once again." Nathan Whittle, Louder Than War

"The band has a long history. They are like the Ramones, if you like them, then you like everything they do. The album Some Freaks of Atavism is a pleasure to listen to all the way through, which is what I did many times. It’s well done pop punk. The songs are even better when you become familiar with them over repeated listens." - Boston Groupie News

"I tell ya, that's about the last band I thought I would see on Rum Bar Records. It's a good record!" - Tommy Unit Live, Real Punk Radio

Helmed by acid-penned frontman Ben Weasel, Some Freaks of Atavism is inspired pop punk for a strange new decade. Smart, incisive, rocking (and of course) danceable as hell, the 14-tracks produced and engineered by Mike Kennerty came at the right time for many fans stuck at home during the rise of Covid-19. After canceling upcoming tour dates amid worldwide safety concerns, Weasel pushed the album's release forward with gusto.

With revitalized swagger and knock-out guest vocal appearances by New Wave icon Josie Cotton and MxPx's Mike Herrera, the album provided more than fist-pumping hooks. For fans of the band, it scratched a massive itch that hadn't been tended to since 2011's punchy, powerful First World Manifesto.

Passionately performed by Screeching Weasel's impressive current live lineup, Some Freaks of Atavism is both a pillar of punk triumph and a gut-punch to the monster the band so lovingly created. Really, would we expect anything less from these Midwest miscreants?

Sure, the coming year is more uncertain than ever. But pop punk fans can be comforted by one unwavering promise: virtuoso Weasel will sleep when he's dead.

All songs written by Ben Weasel
Produced, engineered, and mixed by Mike Kennerty
Back of Your Head, Settle In, and She Ain't Your Baby produced by Trevor Jackson
Mastered by Justin Perkins @ Mystery Room Mastering
Art and Layout: Riccardo Bucchioni