Stars In The Night 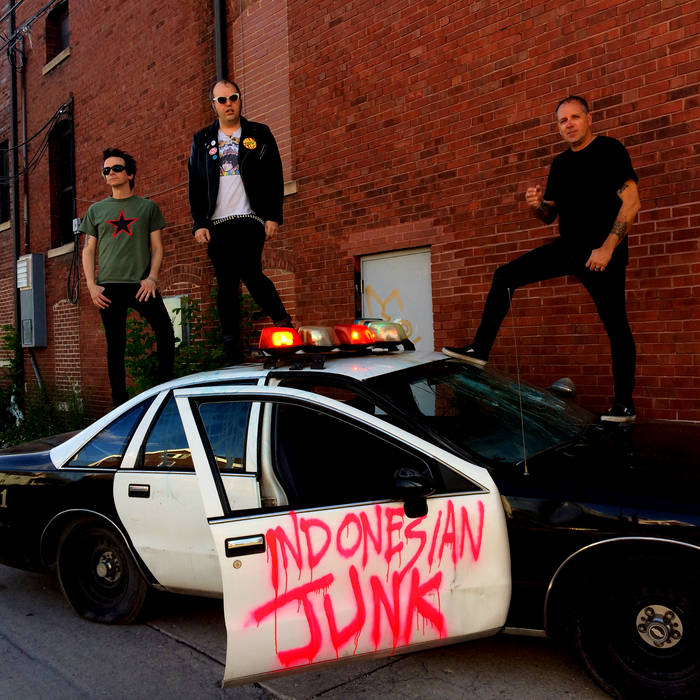 Big hooks and big riffs is what Indonesian Junk is all about. Hailing from the land of Lenny, Squiggy, and the Crusher this Milwaukee ménage à trois takes the best elements of glam, punk, heavy metal, and power pop, while ditching the fluff to create a tuff n' catchy batch of instant classics. They're frequently compared to the 1970s New York underground, a charge which they gladly accept, and they nicked their name from a Cheap Trick lyric about some of the shadier activities some certain elements of society might like to partake in. Indonesian Junk may be a little bit dangerous, but that's all part of what makes them so much fun.

Feeling high off of last year's absolutely killer debut album, The Junk have once again teamed up with Rum Bar Records to give you ten more head boppin' floor shakers in the form of Stars In The Night. They're a little more polished than they were on their home recorded debut, but they haven't abandoned any of the recklessness inherent in their nature. If you haven't done so already, it's time to get yourself hooked on Indonesian Junk.

Drums on "Stars", "Turn to Stone", and "Nosferatu" by David Barootian.

Recorded and mixed by Shane Hochstetler at Howl Street.