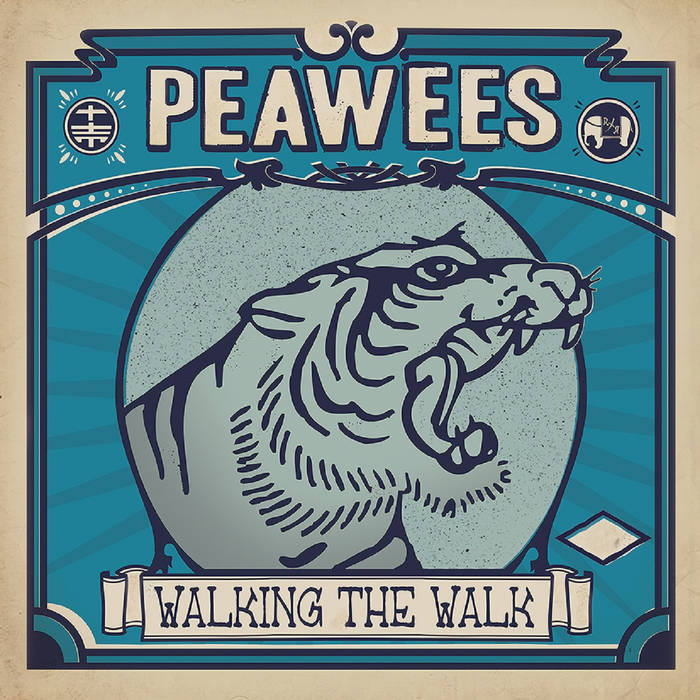 "Walking The Walk is an essential purchase. It's one of the finest punk rock and roll releases of the past 20 years and a true showcase for the criminally underrated songwriting talents of Hervé Peroncini. To quote another Peawees album title - this is rock and roll!" - Faster And Louder

"Think about a sound that’s equal parts the Heartbreakers, the Saints, the Undertones and The Sonics. Yup, it really is that good." - Fear And Loathing

“These guys channel the greats like Elvis, Chuck Berry or Buddy Holly
but do it with decidedly punk rock rock flare.” – Dying Scene

Walking The Walk, with a new mix and master, will be reissued and re-released on Wild Honey Records (Vinyl LP) & Rum Bar Records (coaster shaped CD).

2018 saw The Peawees release "Moving Target". The Italian soul punks swept through the underground scene winning over crowds and critics alike. They followed their latest success by re-issuing their classic rocker 2001 "Dead End City" and are now primed to do the same with their fourth full length album "Walking the Walk". Classic gems like "Bleeding for you", "Action", "Tomorrow I'll be done", and "Wild about you" re-mixed and re-mastered for the first time since 2007 should put this on every must have list of old fans and new comers alike.

The Peawees has recently toured Europe / UK supporting the Detroit Cobras on a journey that sold out most of the venues every night for 20 days in a row. They played sold-out shows in Stockholm, Goteborg, Oslo, Manchester, Glasgow, Newcastle, London, Madrid, Bilbao and Malaga. The story of The Peawees begins in La Spezia, Italy, back in 1995, when three teenager join forces and release a debut album clearly based in punk rock.

The Peawees are today recognized as one of the strongest bands on the european rock ‘n’ roll scene. Active for over 20 years they have never ceased contaminating their sound through punk, rock n roll, garage rock and soul rhythm ‘n’ blues. During their tours, they have shared the stage with punk legends such as The Damned, The Sonics, The Dictators, Radio Birdman, The Dwarves, Bad Religion and many others.

As of 2020 The Peawees have released 6 albums and 11 singles, as well as appearing on various compilation albums. The band is currently working on a new album.

except I’m depending on you by Otis Redding
and
Please Go Away by Art Kornfeld, Gerry Goffin and Toni Wine.

Recorded by Marco Gandolfi at Mofo Project Studio, Piacenza, IT in 2007.

Remixed in 2019 by Bruno Barcella, Alessio Lonati and Hervé Peroncini at TUP Studio, Brescia, IT