by The Adam Brown 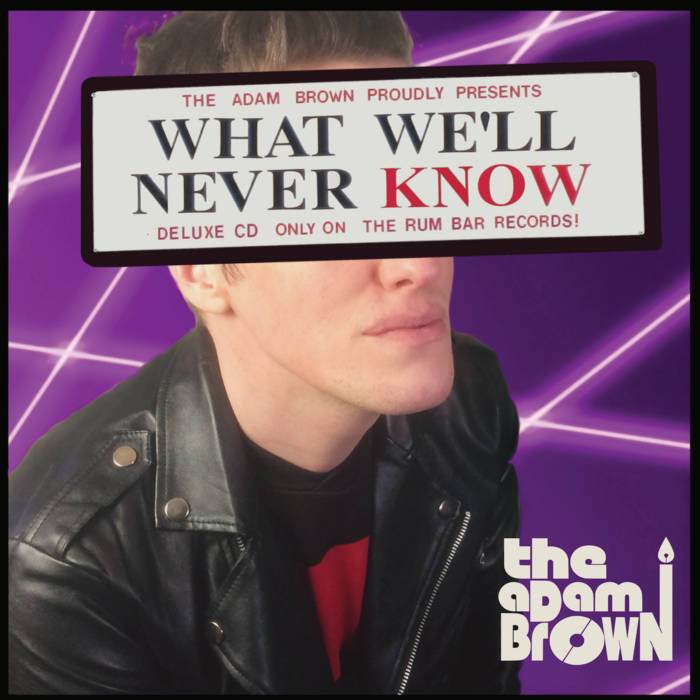 The Vinyl LP Record available from:
theadambrown.bandcamp.com/album/what-well-never-know
Made in Quebec City! Shipped with the best mailers money can buy!

The Deluxe CD: only on The Rum bar Records!

"At the end of the day, you just can't beat good songs. This is a record that's full of them -- with the new reissue tacking on two bonus tunes for a total of 12 tracks." - Lord Rutledge

"Like when in 1979 some bands were called New Wave who wanted to stand out from the original Punk scene ... We are somewhere between Blondie, XTC, Joe Jackson without it sounding nostalgic or revivalist, in particular thanks to a B-side of the album which highlights a songwriting which moves away from all references too obvious to settle somewhere in the middle way of Pop and Rock Indie ... without other labels and it's so good!" - Voix de Garage Grenoble

"You can play 'spot the influence' if you want. We heard some “Solsbury Hill” by Gabrial in “I Will Let You Run” and some Dwight Twilly in the chorus of “It’s Emotion!”. There’s a lightness of spirit and a joyfulness in the whole project that we love. There are twists and turns in the arrangements that keeps your attention." - Boston Groupie News

"It's a crime if this song isn't blasting out of every speaker this Summer!" - Boris Boden aka The Secret Weapon Radio Show

"The Adam Brown tick all the boxes, even the ones you didn't know you wanted ticked, we love them!" – Wayne Lundqvist Ford, The Ice Cream Man Power Pop and More Show

"Best news I ever heard!" - Adam Nicholas B

Formed in Montreal, Quebec, in January 2004, after discussing it for much of 2003. Still your favourite band if you’re being honest with yourself. The Adam Brown explode with indie-pop reverberation, while mining a rich history of stellar influences. Hook-heavy andenergetic, each crackling tune will have you second-guessing your last favourite band! What We’ll Never Know rocks, pops and pulls at the heart with teenage abandon but executed with laser-guided precision. A minefield of hooks awaits the listener through twelve songs in thirty minutes.