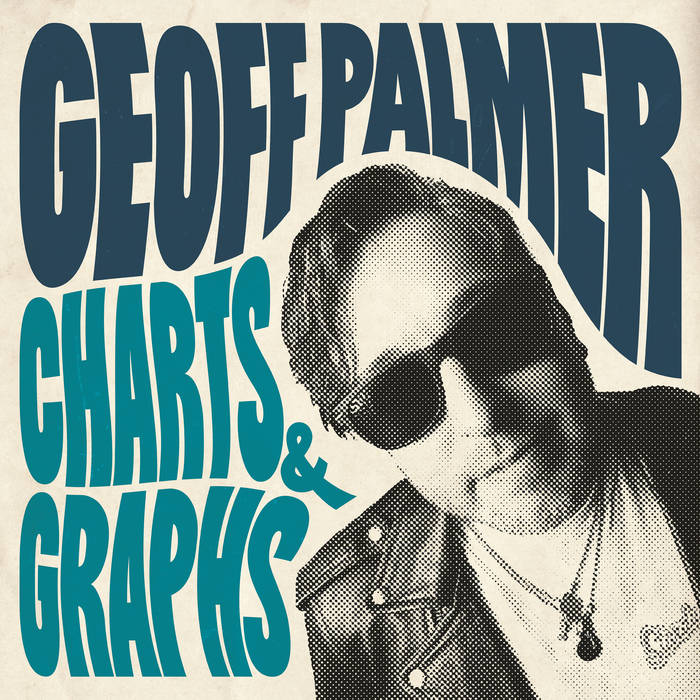 "By and large Geoff Palmer can write a three minute pop song better than anyone." - Maximum Volume Music

"Charts & Graphs is a whiplash 10 songs, each hovering around the two-and-a-half mark leaving the listener both spent and exhilarated. It’s fast, hooky as fuck and undeniably entertaining." - New Noise

"Charts & Graphs is everything I wanted it to be and more. It shows the many sides of Geoff Palmer while still embracing his roots in pop-punk. In a modern-day power pop punk scene that can sometimes get a little "samey", Palmer is one of the true originals. When you hear one of his songs, you know it's him. His personality comes shining through on Charts & Graphs. Whether he's recounting amusing tales of misheard song lyrics, reflecting on the importance of not being an asshole, lamenting love gone wrong, or pondering the upside of eternal damnation, he's super likeable and always great fun to listen to. For my money, he's one of the best songwriters in rock and roll today. I highly recommend Charts & Graphs to all fans of good music!" - Faster And Louder

"Charts & Graphs is clearly the second chapter in the book Palmer started with Pulling Out All the Stops, with a similar bent toward sixties-derived guitar pop songs injected with a healthy dose of punk rock power." - Big Takeover Magazine

"In his own way Geoff Palmer defies all laws of time and space. This is music defying ageing, defying time itself. It is proof that like Bob Dylan sang almost fifty years ago, we can remain "forever young". This is the effect of the songs on Charts & Graphs." - WoNo Blog

"This latest effort runs the gamut from pop-punk to country twang, all while emphasizing his knack for pure pop hooks. “Charts & Graphs” is the best Geoff Palmer album to date and well worth plunking down your hard earned money for." - Richard Rossi's Power Pop News

"We weren’t ready for Geoff Palmer’s album Charts & Graphs because we are still stuck on the song “This Monkey” which has some quality that just will not loosen it’s strangle hold on our ears." - Boston Groupie News

"An exhilarating punk rock update of 70's style confessional songwriting? Can you imagine James Taylor mishearing a Dickies song and creating a tribute song? No, I can't either but that's sort of what Geoff does on this great tune!" - Scott Hudson, The Ledge

• Hailing from Portsmouth, NH, GEOFF PALMER’s first claim to fame was The Guts, a world-class pop punk band that has toured the world and released some highly-regarded classics.
• Along with fellow members of The Guts, Geoff can also be heard playing on The Queers’ releases ‘Everything’s OK’ and ‘Punk Rock Confidential.’
• In 2011, Geoff met Brad Marino, and together the duo became the founding members, songwriting team, vocalists, and guitarists of The Connection.
• As a member of The Connection, New Trocaderos, and The Kurt Baker Band, Geoff has co-written, written, and performed on 10+ songs dubbed “Coolest Song in the World” by the king of rock n roll radio – Little Steven Van Zandt. As heard on Little Steven’s Underground Garage SiriusXM
• Solo tracks have also been featured on SiriusXM Faction Punk ch. 314 and Little Steven’s Underground Garage ch. 21
• Co-released by Stardumb Records and Rum Bar Records, Geoff’s 2019 solo album ‘Pulling Out All The Stops’ reached a lot of praise in both power pop and pop punk circles.
• This album was followed up by one of the most joyful ‘lockdown- releases’ of 2020: ‘Your Face Is Weird’, which found Geoff performing 8 duets with the wonderful Lucy Ellis of Lucy and the Rats and the Spazzys. Just like the upcoming album, this release was brought to you by Stardumb Records (10” vinyl), Rum Bar Records, (CD) and Memorable But Not Honorable (Cassette).