Just Another Regular Summer (Sold Out) 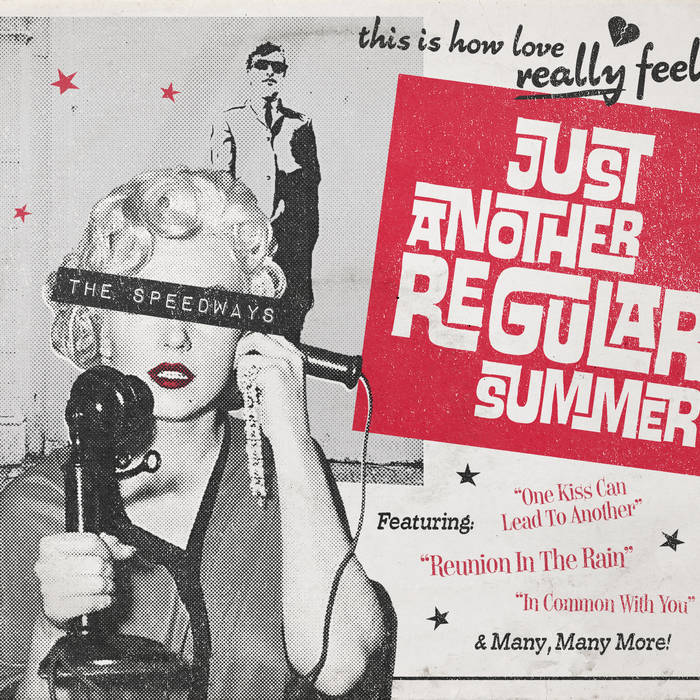 "I could get very sincere & earnest about how it's an ode to heartache & disappointment! ..a concept album about a real life even in the summer of 2014!" - Matt Julian

"If you love power pop, you need some Speedways in your life!" - Faster And Louder

"Choc-a-bloc with bubblegum induced choruses ‘Just Another Regular Summer’ is a tale of love and heartbreak, set to a soundtrack of youth." - RPM online

‘Just Another Regular Summer’ invokes innocence, first romance, high school crush, your first mixed tape, listening to music in your bedroom afterschool behind closed doors on your portable radio with the tape deck on pause waiting to record your favorite new songs, what it felt like the first time you slipped into a Chuck Taylor high top. It feels like summer, pops like the stickiest sweetest piece of bubblegum, tastes like a soda fountain soda pop.

It sounds like the smash singles of Stiff Records, the Ramones, The Undertones, The Beat, The Rubinoos, Wreckless Eric, Tommy James, 1910 Fruitgum Company, Crazy Elephant, The Nerves, The Plimsouls, and The Romantics all rolled up in one. Chew on it for a second and you will want more, chew on it a little more and you will not get these songs out of your head.

16 shiny and new, smash hits drenched in power-pop with a heavy dose of bubble gum, jangle, new wave and punk rock is what you have before you. Featuring the foot sole tapping and happening “Seen Better Days”, “In Common With You”, “Just Another Regular Summer”, “Reunion In The Rain”, “A Double Shot Of You”, and the delightful remake of the Kirsty MacColl classic “They Don’t Know”.

'Just Another Regular Summer' was written & recorded by Matt Julian.