Pulling Out All The Stops 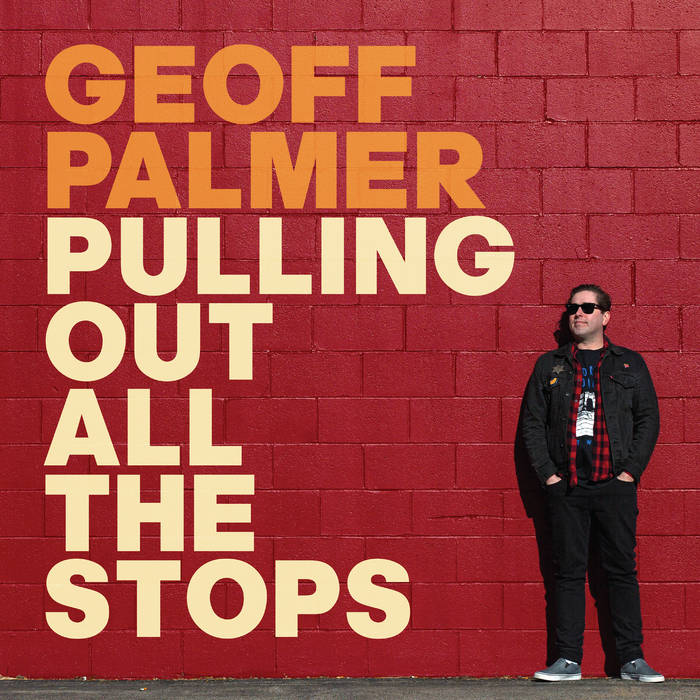 “Geoff dusts off his pop punk chops and delivers the ultimate party song. It sounds like Mike Love fronting The Ramones, and it's pretty much the best thing ever!” - Lord Rutledge, Faster And Louder

What can one say about Geoff Palmer that has not already been said, done, or sung about?

Growing up in Portsmouth NH, during his teen years Geoff had spent many days hanging around the legendary punk hangout, coffee house and club The Elvis Room.

Geoff had formed many a band during his time in Portsmouth which lead to The Guts, a world-class pop punk band that has toured the world and released some highly regarded classics ranking up there with many influential Lookout Records artists like The Queers, The Groovie Ghoulies, The Hi-Fives, The Mr. T-Experience, Screeching Weasel, and even Green Day.

Geoff, along with fellow members of The Guts can also be heard playing on The Queers’ releases ‘Everything’s OK’ and ‘Punk Rock Confidential.’ Geoff has also toured, recorded and done stints with fellow punk rock alumni The Nobodys and the crowned prince of power-pop Kurt Baker. Geoff met fellow Portsmouth native Brad Marino in 2011, and together the duo became the founding members, song writing team, vocalists and guitarists of The Connection.

Today, Geoff Palmer steps front and center with his songs, a heart worn on his sleeve delivering an album filled with pop punk anthems for a new tomorrow (or today).

What you have is all the stuff and more, songs you can relate to, songs you will want to sing along to, songs you can chew gum to and never forget a single lyric or guitar hook. Bubble gum drenched punk rock at its finest with brand new hits like ‘Velcro Shoes,’ ‘Everything is Cool,’ and the lead track ‘This One’s Gonna Be Hot.’ Come on and chew along to this for a while, we know you want to.

All Songs by Geoff Palmer / ASCAP (Get the Guts)
except:

Layout and design by Stefan Stardumb.