Your Face Is Weird 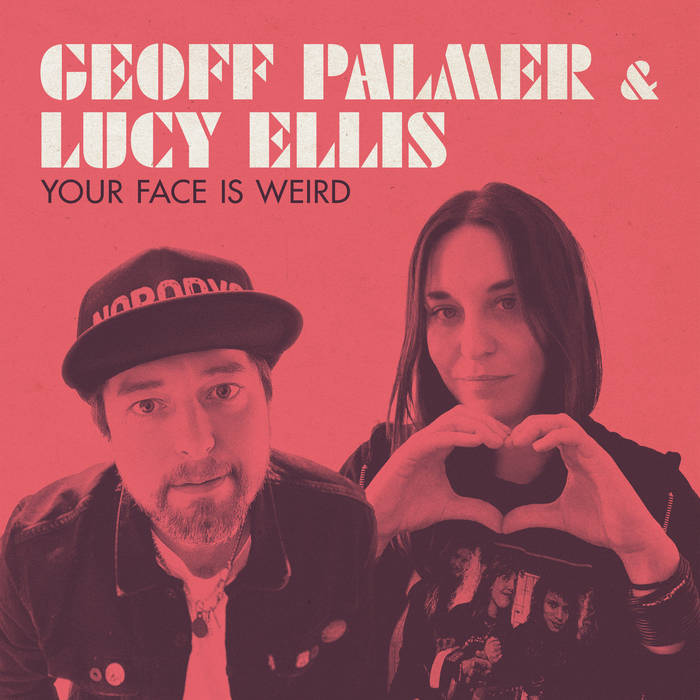 "As if John Prine weren’t beloved enough, we have him to thank for this stellar new EP from Geoff Palmer and Lucy Ellis." - New Noise Magazine

"Hands down, my favorite song released this year is a cover of John Prine's "In Spite Of Ourselves" recorded by Geoff Palmer and Lucy Ellis." - Lord Rutledge

"Lucy Ellis (from Lucy & The Rats) and Geoff Palmer (The Connection, The Guts, The Queers ... and a big solo career) who work together obviously it makes me salivate very hard!" - Voix de Garage Grenoble

"The results are very successful, a mix of classic powerpop, punk and hints of Americana. This is all about the duets and these two voices really work well together…" - Fear And Loathing Fanzine

"Seriously: no one will ever do "In Spite of Ourselves" better than John Prine and Iris DeMent. But Palmer and Ellis have come darn close, and in the process they've turned countless individuals into John Prine fans. And while Kirsty MacColl's "They Don't Know" is one of the most perfect pop songs ever written, Palmer and Ellis just might have made my second-favorite version ever (and that's no slight to The Speedways or Tracey Ullman!). How do you top Sam Cooke's "Having a Party"? Well, you don't. But if you're Geoff Palmer and Lucy Ellis, you work up a super fun version that essentially serves as a theme song for the entire album." - Faster And Louder

"I've been playing this song since the moment the album was released. Being one of my favorite songs, this iconic Kirsty McColl classic has been covered by many over the years, when I saw that Geoff and Lucy included this one, I knew it was going to be great. I was not wrong. This song helped to propel the entire release to the top of my charts recently and remains in the company of great kindred spirits each show and each week!" - "Boris" Boden (aka The Secret Weapon on Woody Radio)

Got time to kill? Make some music! 2020 is canceled, and my schedule is wide-open; it gives me time for projects to come to life. I had always loved John Prine's track "In Spite of Ourselves" and wanted to do it for years, being a duet, sadly it never seemed to fit with any other batch of songs, so the idea stayed lingering. I met Lucy at a festival Stardumb records put together and was a fan of all her bands. I decided to ask if she wanted to sing the track with me. As I said, 2020 is canceled, and she was home, so her positive response of YES came back within minutes. That was that, and I thought well if she said yes to one track, why not do two and have a 45". I called my buddy Zack (who plays on my solo stuff and in The Connection with me), and within a few days, we had the music recorded and sent off to London for Lucy. Stefan from Stardumb, was in to release the two tracks on wax, so we even had a record deal! We had a blast passing the masters around, doing Zoom happy hours, and talking about music. One thing led to another, and we started writing songs and picked four more covers. It went so fast, all of a sudden we had eight songs recorded and mixed. We did not know if Stardumb would want to do a full release or if Rum Bar would either, but that didn't stop us. You have to look at the good in a lousy situation, yes, 2020 is fucked. Still, we are making the best of it, staying positive, being creative, and producing albums. Luckily for us, the underground scene is still very active in the murky waters of our current world, and labels like Stardumb and Rum Bar keep producing and releasing remarkable records, like this one! (Oh yea, they both said YES!) I hope you enjoy it as much as we do. – Geoff