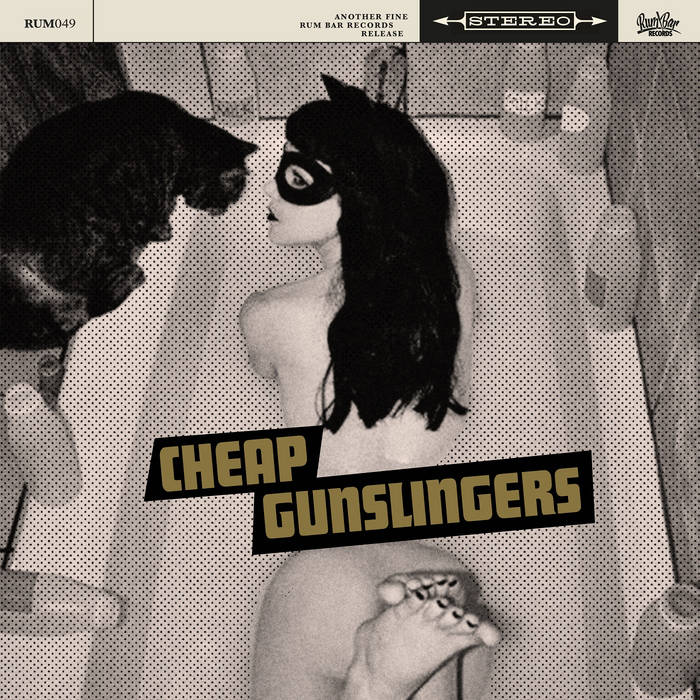 Davey Ramone Rum Bar has another winner here! I love new music that sends me back to a special time in my life!

"Cheap Gunslingers sound like a band birthed under the heavy influence of the Velvet Underground, Stooges, and Ramones. McGrady on vocals is equal parts Iggy, Lou, and Johnny Thunders. You've heard of '77 punk...maybe Cheap Gunslingers are more like '75 punk!" - Faster And Louder

"You want rock’n’roll… these guys deliver." - Fear And Loathing

"Its a fantastic slice of new wave rock and roll with loud guitars a fantastic melody not too dissimilar from The Boys with backing vocals like the good old days of 45’s when bands wrote songs to get in the charts and made em catchy and with some swing and a lot of punch." - RPM Online, It's A Revolution

Founded in 2015 by celebrated punk rock-n-roller, Edo McGrady-a former member/guitarist-vocalist of revered four-on-the-floor Florida punk rock n' rollers the "Gotohells" and infamous performance artist Melissa DuCasse- a former member/guitarist-vocalist of "Spankin' Fresh"; "Cheap Gunslingers" set out to create a balanced blend of traditional rock n roll songwriting with the sonic sensibilities of the underground; in the vein of their influences, Velvet Underground, Stooges, Ramones, Wrecking Crew and the radio hits of the Brill Building.

In 2016 they recruited Todd "Killings" Johnson on bass- a member of the legendary Florida punk outfit "Car Bomb Driver" and the multi-instrumentalist, Greg "Johnny Zoom" Kazek on drums. With the lineup complete the group set out to sculpt a pocket sound from scratch, based on their influences, lyrics of life's underbelly and certain autobiographical references.

In the summer of 2017, DuCasse suddenly went missing. The band, after several months of confusion and grieving began to rehearse again. In July of 2018, after postponing recording for nearly a year, whilst hoping for the return of their band-mate, the band, begrudgingly, made the decision to record.

Teaming up with legendary Florida guitarist/producer/engineer, George Harris, the album was put to tape.

The band is currently split between St Petersburg Florida and Asheville NC, but intends to pursue their vision. Melissa DuCasse remains missing to this day. The band asks that if anyone has information concerning her disappearance to please contact them via the provided channels......

This record is dedicated to the memory of Timmy "Grease" Lynch.