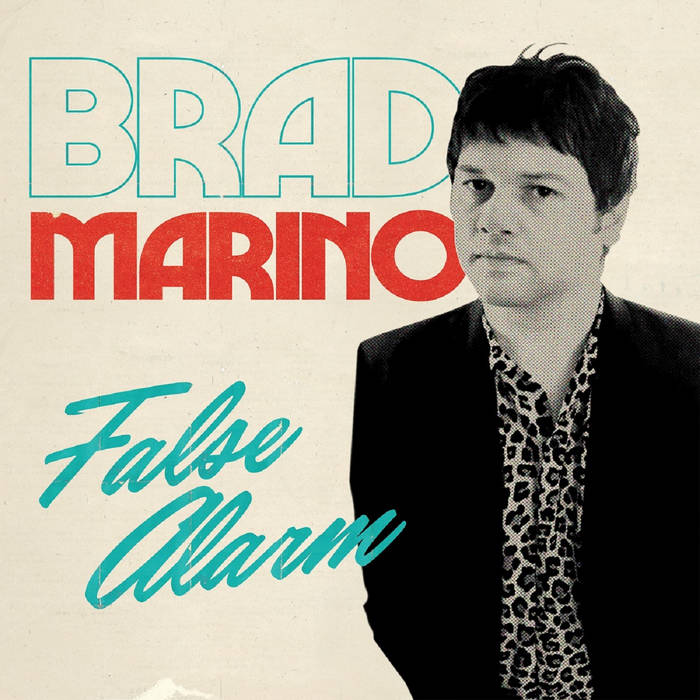 John Powell A great power pop record with a nod to The Ramones. Still haven't decided on my favorite track, they are all good!

"False Alarm is a mandatory purchase for all fans of rock and roll aged 9 to 90!" - Lord Rutledge

"In a word or two, it’s Stones meets The Ramones with eight rockers, no one longer than 3:24." - Power Pop News

"This is the rock n roll of American Graffiti, of Diners, Chaperones at the school dance. The one that sells an Englishman like me the American Dream, if you will." - Maximum Volume Music

"This is contemporary power pop at its’ best, with enough rock’n’roll style and attitude to have you boppin’ within seconds. I mean, if you don’t want to get up and dance to this record, then you’re either brain dead or paraplegic (possibly both…)." - Fear And Loathing

"I wanted to review this – because I wanted another chance to tell you, dear readers, that if you like power pop and rock and roll, that you need to check out Brad Marino." - Jersey Beat

"Brad Marino has been making a bit of a name for himself in power pop circles and he's paid us the great compliment of covering 'What's My Scene' on his new "False Alarm E.P." I think that makes him the third person ever to record a Hoodoo Gurus song!" - Dave Faulkner, Hoodoo Gurus

"Spirited indeed, also fully charged, high octane, and nitrous injected! All the greatness you have come to expect, without the Vegimite!" - Secret Weapon Radio

"It's rocking, catchy, and full of Marino's typically clever lyrics. This, my friends, is how you do rock and roll with hooks. If Brian Wilson had written a song for the Stones back in the day, it might have sounded an awful lot like this." - Faster And Louder

Brad Marino, singer, guitarist, songwriter, and co-founding member of beloved garage rock n’ roll band The Connection, stepped into the spotlight on his first solo outing 'Extra Credit' with a wave of rave reviews accolades, and radio play. The momentum, song-writing, and recording continued and we have for you today Marino's second solo outing of brand new material plus a cover or two.

What you have is a release filled top to bottom with tried and true rock n’ roll. Rockpile meets the Ramones, Mick and Keef get into a tussle with the Flamin’ Groovies, The Knack get all tangled up in blue. Hints of Chuck, shades of country, stabs of punk, and jolts of power pop, celebrated and created in the Garage... get the picture?

""Extra Credit" streams the smiles right out of the gate with a hard-driving Berry riff quickly dovetails into setting the tone for my nostalgic 'happy place' as many of the tunes just blissfully revisit the simple innocence of "Rocket to Russia" and "Road to Ruin"-era Ramones about as perfectly as you can rumble up." - Pop Geek Heaven

"Extra Credit is as good as any album that Brad Marino has ever been a part of. And given that I recently proclaimed The Connection "America's best rock n' roll band", that should tell you how high I set that bar." - Faster And Louder