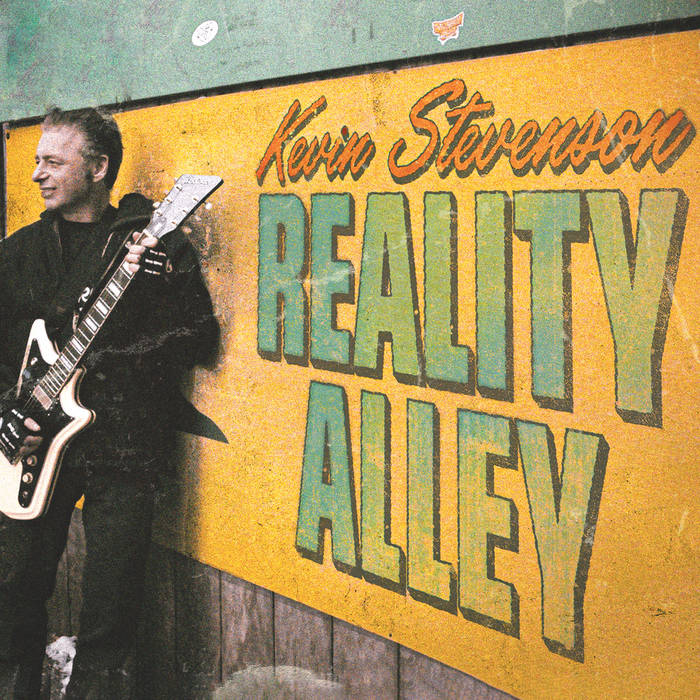 "It's an absolute treat for all of us that Reality Alley is now out into the world and reaching ears across the globe. When the likes of Boston Groupie News and Greg Lonesome are dishing out rave reviews, you know you're getting into something special. Whether you are a longtime Shods fan or simply crave music with heart and guts, this is an album well worth your attention." - Lord Rutledge

"With the Shods long gone and Kevin Stevenson living in Greece, an album by Kevin seemed unlikely but Reality Alley shows that talent will find a way. There are 15 songs on the album and they are all solid efforts. The songs are packed with observations both personal and social. Kevin has a lot to say. The music is horn heavy, like Memphis style. Kevin’s guitar flavors everything , not with solos (but there are some good ones) but his chord work. His voice of course is very distinctive." - Boston Groupie News

"This album defies expectations on several levels. That Rum Bar is there to scoop it up and get it attentions is another plus. You should just get to this album and hear the whole thing." - Paul Blowfish

"A couple of top notch albums released on the label, none more relevant than this. Kevin Stevenson has always been a rough gem. The Shods albums were always excellent, a little Punk, but very varied. Torr Skoog is ace New Wave." - I Don't Hear A Single

"Given the diverse musical offerings of any given Shods album, it seems almost unnecessary to say that Reality Alley covers a lot of ground. But seriously: it covers a lot of ground! This album is informed by sounds ranging from rock to punk to pop to reggae to rhythm & blues to folk to jazz. There's even a nod to Grandmaster Flash! If you had told me this album was recorded for a major label in the '70s, I wouldn't have doubted it! All this stellar musicianship works because it serves an exceptional set of songs. Over the course of 15 tracks (not one of them a dud), Stevenson reminds us all of who he is: a gifted storyteller, a masterful and deeply human songwriter, and an immensely likeable, one-of-a-kind character. You hear that voice, and you immediately know whom you're listening to. "Lowell Night," a vivid portrait of the town's local color, has the feel of a pub ballad of yore. "Torr Skoog" is intensely personal and absolutely heartbreaking. Songs like "50 Bucks" and "Death Jackets" wrap super-dark lyrical content into vibrant and alluring musical packages. Tracks such as "We Know Everyone," "Jack Daniels," and "Drug City USA" highlight Stevenson's flair for huge, indelible choruses. With its hummable melody and invigorating energy, "Brand New Day" immediately feels like a song I've known my whole life." - Faster And Louder

I lived in the neighborhood known as Exarchia, in Athens, Greece, for about a year. That neighborhood was famous for the fact that the anarchists overthrew the dictator in 1974. When I lived there, I noticed that all of the artists had this amazing passion for their art, and I knew that I had to record my album there. I wanted to capture some of that passion. Lucky me, the first studio that I walked into I met George Priniotakis, who ended up being the best producer that I have ever worked with. He played some of his work for me, and I was blown away. Between Wonka sound in Lowell, MA for overdubs, and Arttracks Studios in Athens, I finished an amazing sounding album. Hope that you all dig it! -- Kevin Stevenson