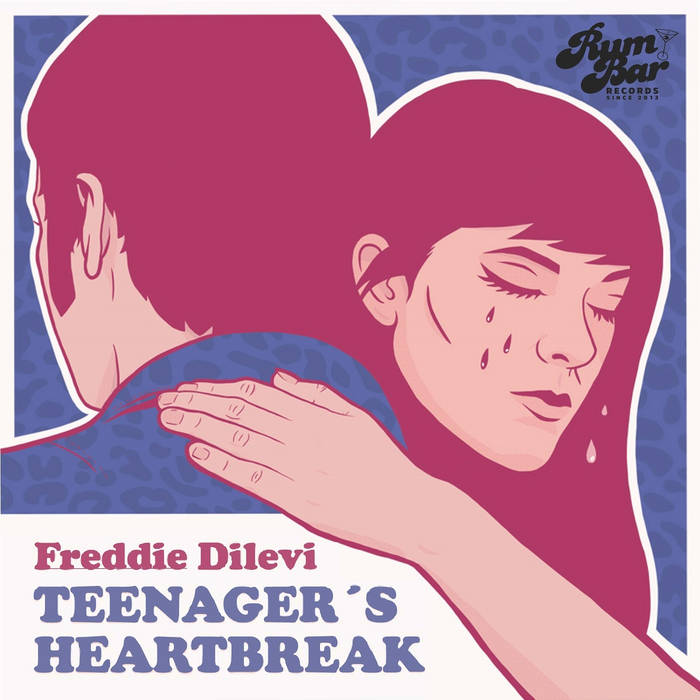 "You will not be dissapointed." - Bill Kelly's Blackhole Bandstand

"We immediately want to be their friend, to share beers at the end of a concert and to talk about music with them. Their album oozes passion, the same as ours!" - Voix de Garage Grenoble

"Pablo Velasquez, a.k.a. FREDDIE, hails from Seville in Spain. The man has, however, both an appreciation for American ’50s rock’n’roll and late-’70s punk, and a fantastic set of pipes. The vocals are way up front, which doesn’t do them any disservice. He possesses a voice as fine as any crooner punk has produced—up there with DANZIG, the DAMNED’s Dave Vanian and John Doe of X, and indeed, wouldn’t sound out of place in a life biopic movie on ELVIS or BUDDY HOLLY. Musically, the rock’n’roll influence is there, à la a more mature early MISFITS, later period DAMNED, or X, not to mention the HEARTBREAKERS. The tunes are pretty damn stellar too, and this CD is blessed with two (uncredited/unlisted) bonus tracks sung in his native Spanish, which might be the two best on the disc. Fucking great. Even the wife likes this one, and she gave up on X after Los Angeles." - Maximum Rock N Roll

"This guy is pretty fucking amazing. And that voice! Wow. It's almost hypnotic. Almost too good, you know what I mean? But just right. Wow." - Rock N Roll Manifesto

"I’m sure you’ll notice that there’s something familiar about Pablo Velázquez’s voice, and his velvet croon really is the star attraction here. Like Scott Walker singing Ramones songs ‘Teenager’s Heartbreak‘ is 12 tracks of picture-perfect ’50s/’60s spirited rock and roll without the horror punk." - 50third and 3rd

"I listened to his cd. What a fucking voice. I hear a lot, Danzig, Jim Morrison, Tom Jones. I’d love to see him live." - Jerry Lehane, The Dogmatics

"Teenager's Heartbreak combines punk rock from the 70s and early 80s with an epic voice that seems to remember the rock n' roll crooners and the tenors of the 50s doo wop." - El Sotano

"That song "Teenager's Heartbreak" introduced us to the amazing vocal performance that transformed a normal rocker into something special. As it turns out the album is that song times 12! Every song is that VOICE taking you for a ride. The voice is a sixties throwback to the likes of Jay Black of Jay and the Americans." - Boston Groupie News

"Every now and then rock presents a singer with a big voice. We’re talking the likes of Jay Black of Jay and the Americans or Tom Jones. Rum Bar is dishing up another example in the form of Freddie Dilevi from Seville, Spain." - Paul Blowfish

"Love this! I described his voice as the unholy spawn of Elvis, Danzig, and Morrissey." - The Kitchen Sink, WSCA

"The title song of the band's album is a combination of a super tight punkrock song with the vocal from an era so long gone that I never was a part of it in a conscious way. Artists that were popular in the early 60s and lasted until just after The Beatles broke. Singers with full, deep voices that sang a different kind of rock and roll." - WoNo Blog

"It's mesmerizing. He has a voice like a Celtic folk singer!" - Greg Lonesome

Teenager's Heartbreak is an absolute blast of garage punk rock with overtones of Elvis Presley, yes the King's essence and presence over a wave of Misfits meets Ramones pop punk n roll.
Freddie Dilevi is a rock band (rock’n’roll, punk rock) formed in Seville in 2013, led by singer and songwriter Pablo Velázquez “Freddie”.

After a few concerts and festivals around the peninsula, they begin a period of inactivity, in which Pablo Velazquez resumes the composition of new songs that will be reflected in a new LP.

In January of the year 2018, the band resumed its activity with a new formation and the release of a new album. Pablo Guinea (Drums), Javier Matute (Bass), Miguel Ángel Lucas (Guitar), and Pablo Velázquez (Voice) himself, will be in charge of presenting this new album released by the Family Spree Recordings label titled “Teenager's Heartbreak”, with a tour that will take you all over the peninsula.

Punk rock sound, recorded during the summer of 2017 and released by the Madrid label Family Spree Recordings in 12 ”vinyl format,“ Teenager’s Heartbreak ”contains 12 songs. 11 compositions by Pablo Velázquez and an adaptation of the classic written by Geoff Goddard and produced by Joe Meek in 1961, "Johnny Remember Me".

Thanks to additional musicians: