You Blow My Mind b​/​w Do You Know What Love Means? 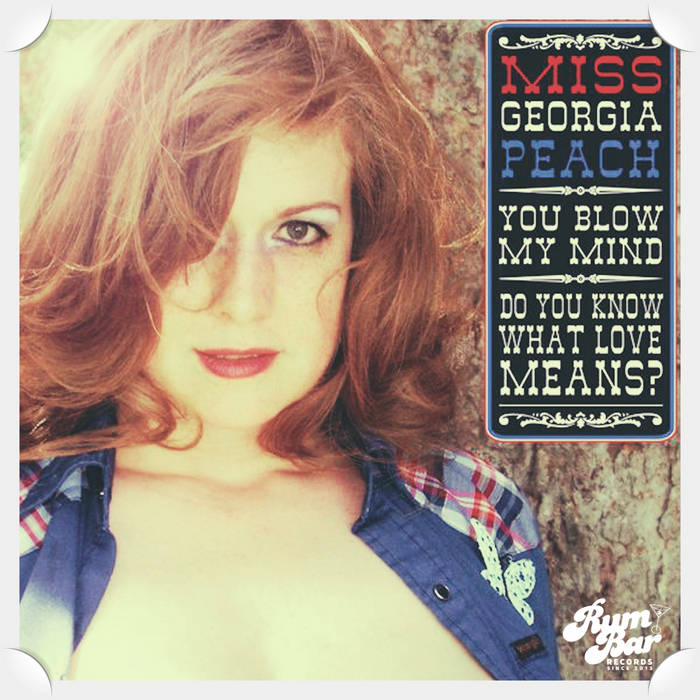 "MGP is not just one of the greatest voices in contemporary music -- she's also one of the most versatile. Whether she's singing garage rock, heavy punk rock and roll, or old school country, Georgia is always a force to be reckoned with. If these teaser tracks are any indication, the full album is gonna be hot!" - Lord Rutledge

"Cowpunk? Is that a word/genre? Probably it is. If it isn't, I'm listening to it right now and feel free to use the term, if you like." - WoNo Blog

"Wow, this is the coolest stuff I've heard since Jason and Blood on the Saddle!" - Greg Slawson, loyal fan and estimable customer

"‘You Blow My Mind’ is stomping tune that mixes her usual sass with bits of a grubby blue collar rock guitar sound and a throwback to Loretta Lynn’s storytelling. The over pronounced vocals – delivered as a male/female duet – give everything a very staged feel, but it seems perfect for the job in hand with the old country vibes often given a massive kick up the arse with some overdriven guitar work. Once you tune into the tongue in cheek feel of everything, it’s a great performance, and hearing the whole band pull into a massive, crashy finish suggests a collaboration with a great energy. ‘Do You Know What Love Means?’ takes a similar stance, but does an even better job, with Miss Georgia throwing out a massive vocal cry against an assembled choir of backing vocals whilst an overdriven rhythm guitar chugs against a classic “boom-chicka-boom” rhythm that would make the genre’s forefathers smile. Even if the music isn’t your cup of tea, it’s hard to argue that Peach has rarely been in stronger voice." - Real Gone

"It's gonna be a country record, and I'm so pumped to hear it! Georgia and her total babe husband Travis Ramin recorded the album with Blaine Cartwright and Ruyter Suys from Nashville Pussy. With Mark and Scott from Nine Pound Hammer also featured on this release, it's no exaggeration to say that MGP has assembled a supergroup! In advance of the album, "You Blow My Mind" b​/​w "Do You Know What Love Means?" has been released as a teaser single. Both of these tracks are in right in my '60s/'70s sweet spot of classic country music." - Faster And Louder

Miss Georgia Peach (Beebe Gallini, The Short Fuses, Nikki Corvette) along with an all-star cast of Blaine Cartwright (NINE POUND HAMMER, NASHVILLE PUSSY), Ruyter Suys (Nashville Pussy), Mark Hendricks (Nine Pound Hammer) and Travis Ramin bring you this slab of 70's country bubblegum that brings the fun back to a stale alt country scene. "You Blow My Mind" features a duet w/a Cash-Sounding Cartwright and a fierce pickin' Suys on leads. Georgia's voice soars like her foremothers Loretta, Dolly and Tammy. "Do You Know What Love Is" is an uproarious sing-a-long perfect for your drunken BBQ at the River Lot.

If you like You Blow My Mind b/w Do You Know What Love Means?, you may also like: